Under Republican Control, the Senate Returns to Work 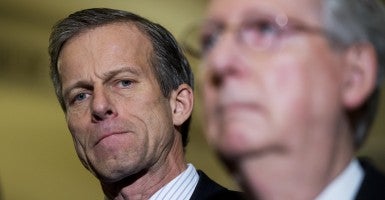 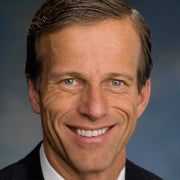 John Thune is a Republican senator representing South Dakota and chairman of the Senate Republican Conference.

After years of dysfunction under Democrat control, it was time for the Senate to start producing legislation that addresses America’s challenges. I’m glad to report that we are keeping our promise.

The U.S. Senate has a long and proud tradition of extended debate and amendment, and a long and proud tradition of protecting the minority party’s rights. Unlike the House, where the majority party enjoys most of the power, senators in the minority in the Senate have historically been in the position to check bad legislation and make their constituents’ voices heard.

Under Democrat control, however, the Senate had almost ceased to function. Not only was the minority party shut out of the process, in many ways so were rank-and-file Democrats. In 2014, the Democrat leadership allowed just 15 amendment roll call votes: That’s approximately one amendment vote for every seven senators—over an entire year.

Historically, bills in the Senate have been written at the committee level, where they’re amended by senators of both parties before moving to the Senate floor for further debate and amendment.

Under Democrat control, however, this process slowed practically to a halt. Instead of being written and debated in public at the committee level, bills were frequently written behind closed doors, then brought to the Senate floor where Democrat leaders prevented any amendments, thereby shutting out the voices of millions of Americans.

Those days are now over.

The Republican-led Senate spent most of January on a bill to approve the Keystone XL pipeline, and the process could not have been more different and effective.

After a committee hearing, the Keystone bill spent three weeks on the Senate floor, where it was debated at length and amended by senators of both parties. In all, the Senate voted on 41 amendments—almost three times as many amendment roll call votes as the Democrat-led Senate conducted in all of 2014.

Even Democrats are enjoying the new, functioning Senate.

Senate Minority Whip Dick Durbin, D-Ill., said of Keystone, “This bill, of course, is going to be subject to the new approach of the new majority—amendments on the floor. I welcome that. I have been looking forward to that and a return to that for a long time.” Sen. Dick Durbin, the chamber’s No. 2 Democrat, said he welcomed a return to a more deliberative Senate. (Photo: Newscom)

We hope Democrats will continue to have that attitude going forward. Their refusal to let senators proceed to debate this week on the Department of Homeland Security funding bill is disappointing, especially considering Republicans’ offer to let senators offer amendments in alternating fashion between Republicans and Democrats.

When the Senate is working, all senators get to make their voices heard, which means that all Americans—not just those who voted for the majority party—are represented. It also means that bills are more likely to be the product of consensus rather than the tyranny of the majority.

An extended process of deliberation in which many different opinions are put forward is likely to produce far better legislation than the hasty, secretive, partisan process that too often characterized the Senate under Democrat control.

As the 114th Congress continues, Senate Republicans will continue to work to restore the Senate’s great tradition of deliberation and ensure that the Senate works as our Founders intended and as Americans deserve.