Obama’s New Cuba Policy Kicks in Friday. What You Need to Know. 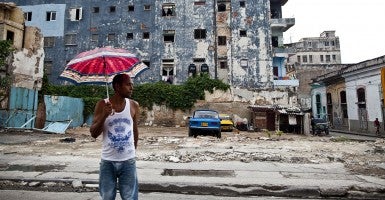 The Obama administration Friday will begin carrying out the first major initiative in its policy to normalize relations with Cuba, most significantly, making it easier for Americans to travel to the island.

“These changes will have a direct impact in further engaging and empowering the Cuban people, promoting positive change for Cuba’s citizens,” Treasury Secretary Jack Lew said in a statement.

In late December, Obama and Cuban President Raul Castro unveiled a deal representing a broad range of diplomatic and regulatory measures in the most dramatic change in policy between the two countries since the 1961 embargo was imposed. Only Congress can end the five-decade embargo.

Cuban-American lawmakers such as Sens. Marco Rubio of Florida and Bob Menendez of New Jersey have been among the vocal opponents of the new policy, saying that it empowers the Castro regime.

The Obama administration is choosing to act on those changes three days after it confirmed the release of 53 political prisoners Cuba had promised to free.

Below are some specifics of the new regulations: