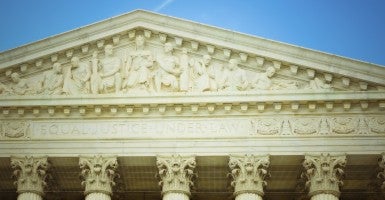 Today, the U.S. Supreme Court heard oral arguments in Reed v. Town of Gilbert, a challenge by a church to a town ordinance regulating signs.

Like most other towns in America, Gilbert, Ariz., regulates when, where and how many signs may be displayed. Temporary noncommercial signs are classified by their content, and each category has its own set of regulations.

The Good News Community Church, which holds services at different facilities such as local schools because it doesn’t have a permanent church, uses signs to invite people to services. Because the signs include directional information (i.e., an arrow pointing to the location of the service), they may not be bigger than 6 square feet and can go up only 12 hours before their Sunday services start, meaning the signs are posted late on Saturday night when they are hard to see in the dark.

The church challenged the town’s sign code in 2007 as an impermissible content-based restriction on speech in violation of the First Amendment. The district court upheld the sign code, and an appellate court agreed, finding that there was no evidence that the town adopted its sign code for a discriminatory purpose.

Now, the case is before the Supreme Court, which previously held that the First Amendment forbids the government from favoring some noncommercial speakers while discriminating against others based on the content of their speech.

As the church posited in its brief:

Gilbert must explain why a 32 square foot sign displayed in a right-of-way virtually all year long is not a threat to safety and aesthetics if it bears a political message, but it is such a threat if it invites people to Good News’ church services.

If a sign says “Vote for McCain,” it can be 32 square feet … [b]ut if it says ‘Learn Why Voting Matters, Visit Good News Community Church,’ it can only be 6 square feet. If this does not qualify as content-based discrimination, it is difficult to conceive of something that would.

Many of the Supreme Court justices seemed skeptical of the reasons being given by the town to justify its different treatment of political, ideological, directional and other types of temporary signs. At one point, Justice Stephen Breyer remarked that it seemed like the town was being a bit “unreasonable,” and at another point he seemed so surprised by the town’s answer that he exclaimed “my goodness.”

Justice Antonin Scalia asked the town’s lawyer why town leaders did not limit the number and size of political signs if they were so concerned about clutter. After the lawyer said that the ordinance complied with state law on political signs, Scalia raised a laugh in the courtroom when he said, “So your answer is that the state made us do it?”

Justice Samuel Alito seemed shocked that the town thought that there was nothing wrong with only allowing the church to put up its sign at 10 p.m. on Saturday before an 8 a.m. Sunday service.

The town’s lawyer conceded that the effect of the local ordinance might “seem rather silly,” and things seemed to go downhill from there.

The town argued that a court ruling against it would cause chaos and make it very difficult for towns and cities to regulate signs. But the church said that it just wants to be treated the same as others and cited many examples of constitutional sign ordinances that satisfied its concerns, including the sign ordinance of the District of Columbia.

The court should issue a decision in the case by the end of June. Based on the questions of the justices at today’s oral argument, it seems likely that Gilbert’s elected officials may need to go back to the drawing board.