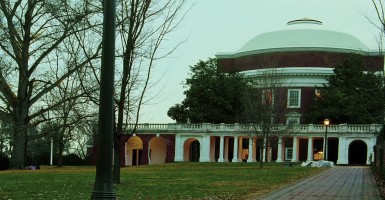 As if the University of Virginia didn’t have enough of a negative spotlight, a new audit finds Thomas Jefferson’s institution isn’t keeping tight reins on all of its money and property.

The university, located in Charlottesville, improperly awarded no-bid contracts, eliminated competitive bids by separating purchases, nixed $72,0000 worth of forklifts from its asset records and added a $250 fee for business students without approval from the governing Board of Visitors.

That’s all according to the commonwealth’s Auditor of Public Accounts Office. Plus, the school’s failure to update payroll information in a new accounting system could jeopardize the accuracy of state pension liability reporting.

It’s the latest bit of bad news for a university already stung by a questionable story of gang rape published by Rolling Stone magazine and the apparent murder of a student in the fall.

Other reports have called into question the school’s process of informally handling suspected rape cases.

The most recent audit reveals not only sloppy fiscal reporting, but also the possibility that university employees intentionally cut corners on state competitive procurement practices—practices in place to ensure public agencies get the most bang for their bucks.

Auditors tested all purchases where the same department made two or more purchases on the same day from the same vendor. They found university employees were possibly splitting up purchases to make sure the individual totals fell below the $5,000 threshold for competitive bids.

In its written response, the university insisted is isn’t trying to undervalue or split purchases, saying those in charge of purchases followed the rules.

In another significant finding, the audit reported UVA awarded no-bid contracts—allowed when only one vendor is available for a product or service—when the school should have sought competitive bids.