After 12 Years of TRIA, It’s Time to Let the ‘Temporary’ Program Expire 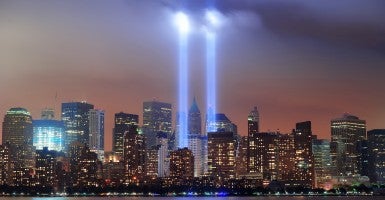 Lawmakers are preparing to vote on a third renewal of the Terrorism Risk Insurance Act (TRIA), originally adopted as a temporary subsidy in the aftermath of 9/11. (Photo: Getty Images)

In addition to the massive spending bill now before Congress, lawmakers are preparing to vote on a third renewal of the Terrorism Risk Insurance Act (TRIA), originally adopted as a temporary subsidy in the aftermath of 9/11. Although the program may have had a justifiable purpose following the terrorist attacks, the insurance industry today is capable of managing the risk without adding to taxpayers’ already gargantuan burden.

Having incurred huge losses as a result of 9/11, many insurers understandably retreated from terrorism coverage. As a result, Congress in 2002 enacted TRIA as a form of reinsurance for the industry. The program was intended to prompt insurers to revive coverage by providing a financial backstop (by taxpayers) in the event of terrorism-related catastrophic losses.

Alas, the pending legislation takes a worrisome step toward transitioning TRIA from a (supposed) temporary subsidy into a full-blown government-run insurance program. If enacted, the Comptroller General would be required to study “the viability and effects of the Federal Government assessing and collecting upfront premiums on insurers.” Requiring insurers to pay premiums for TRIA coverage may seem like progress of sorts, but in actuality it would further entrench TRIA as yet another massive government-run insurance scheme.

If insurers can pay premiums to the government, why would they be any less able to pay premiums (or other investment vehicle) for private reinsurance coverage?

Under the current law, TRIA is triggered after the Secretaries of Treasury and State and the Attorney General certify an event as an act of terrorism. The government cost sharing kicks in after insurers’ aggregate losses exceed $100 million. To be eligible for reimbursement, insurers must first satisfy a deductible equal to 20 percent of the company’s premiums from the previous year. The federal government (i.e., taxpayers) is then obligated to pay 85 percent of the losses up to $100 billion industry-wide.

The pending House bill would reauthorize TRIA for another six years despite the fact that the program was never intended to be permanent. As noted in the original act, the government backstop was there “until the financial services industry develops the systems, mechanisms, products, and programs necessary to create a viable…market for private terrorism risk insurance.”

That market now exists. The insurance industry is well-capitalized and fully equipped with the risk-management resources necessary to provide terrorism coverage.

The proposed legislation also would change some of the subsidy thresholds in a vain attempt to assuage critics. For example, the bill calls for reducing the taxpayer obligation from 85 percent of losses (after deductible) to 80 percent. But the decrease would occur by a measly one percentage point per calendar year. Similarly, it would raise the trigger for government payments over the span of five years, from $100 million (after deductibles are met) to $200 million. Another provision would slightly increase the amount of funds the government may recoup from insurers.

And then there is the matter of empowering the Secretary of Treasury to set the parameters of his own powers—yet another example of Congress delegating its authority to those who do not answer directly to voters. In this instance, the bill calls for the Treasury Secretary to study the process of certifying an event as terrorism. After submitting the findings to Congress, “the Secretary shall issue final rules governing the certification process.” So what exactly is the point of sharing the study with lawmakers?

The better course is simply to allow TRIA to expire. There is a host of risk-management strategies that insurers could follow to prepare for the possibility of catastrophic losses. Twelve years of this temporary program is enough.