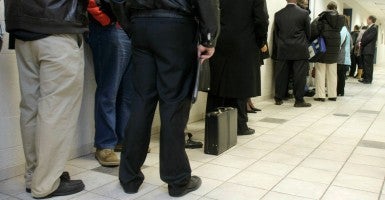 Some economic indicators, including the short-term unemployment rate, have recovered to levels associated with “normal times.” But long-term unemployment remains high: Almost 2 percent of the labor force is unemployed and has been so for at least six months.

The extension of unemployment benefits does not appear to be the answer. Nor is it merely a holdover from the Great Recession: Few of the long-term unemployed report being out of work for more than two years. The majority are still in their first year of joblessness.

Economists have not yet found convincing explanations for the persistent rise in long-term unemployment. Most economists agree that multi-year unemployment spells have permanent negative effects on workers’ productivity and pay, in addition to their happiness. The problem is worth studying.