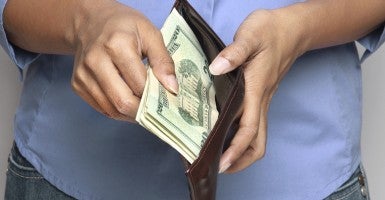 More than a year after it was reported the IRS sent thousands of refunds to the tiny town of Parksley, Va., a woman has pleaded guilty to conspiracy and mail fraud.

The Virginian-Pilot reported that Avila, 50, operated a landscaping and cleaning business in Parksley.

Investigators found copies of refund checks in amounts from $4,000 to more than $7,000. The tax returns frequently cited foreign dependents, which increased the refund amounts.

Avila had the refunds mailed to various post office boxes on the Eastern Shore and in Delaware, according to court records. The workers cashed the checks and turned over most of the money to Avila, keeping a small fee for themselves.

Avila, who remains free pending sentencing in U.S. District Court on Feb. 17, could not be reached for comment.

Avila’s case is just the tip of the iceberg.

Sen. Charles Grassley, R-Iowa, said the IRS mailed $4.2 billion in child-credit checks to undocumented immigrants around the country. He accused the tax agency of misconstruing Congress’ intent that only U.S. citizens would be eligible for the child credit.