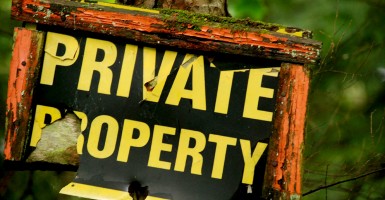 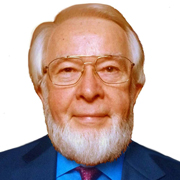 It seems incredible, but a single missing word could turn a water law into a government land grab so horrendous even a U.S. Supreme Court justice warned it would “put the property rights of every American entirely at the mercy of Environmental Protection Agency employees.”

The missing word is “navigable.” The Obama administration is proposing a rule titled “Definition of ‘Waters of the United States’ Under the Clean Water Act,” which would strike “navigable” from American water law and redefine any piece of land that is wet at least part of the year, no matter how remote or isolated it may be from truly navigable waters, as “waters of the United States,” or WOTUS.

The proposed rule would provide EPA and the Corps of Engineers (as well as litigious environmental groups) with the power to dictate the land-use decisions of homeowners, small businesses and local communities throughout the United States. There would be virtually no limit to the federal government’s authority over private property. The proposed rule has ignited a firestorm of protest. Agricultural and business interests, free-market think tanks, state agencies, attorneys general and governors have joined the “Ditch the Rule” movement and demanded it be withdrawn.

The Obama administration is conducting an aggressive shield campaign to downplay the proposed rule’s huge negative impacts and paint critics as opponents of clean water, shills for development interests or anything other than concerned citizens.

Obama’s own political shills for anti-development interests, such as Organizing for Action, Natural Resources Defense Council and Clean Water Action, are marching in lockstep with the agencies to discredit any opposition to the rule.

But recently, a group of 25 U.S. senators called out the Obama administration for misleading Americans on the proposed rule. In a scathing letter to the EPA and the Corps, the senators detailed the administration’s deceptions and bias:

Affected parties are more credible in this battle than the administration. The American Farm Bureau started the “Ditch the Rule” movement with pictures that showed what the EPA and Army Corps of Engineers would regulate if the Waters of the United States rule takes effect: “wetlands” that are nothing more than low spots on a farm field, the decorative pond of a suburban home or even a vacant lot that the agency designates as possessing the requisite wetness.

If the farmer fills in low spots or the homeowner builds a child’s playhouse by the pond, or a business constructs a new office on the vacant lot or anyone touches any bureaucrat-designated “wetland” in any way, the EPA or Corps may order the owners to cease activity, restore original conditions and abandon any use of the property. A promotional graphic the American Farm Bureau put out to stress their “Ditch the Rule” campaign. (Photo: Farm Bureau)

It’s from Supreme Court Justice Samuel Alito’s concurring decision in the 2012 case of Michael and Chantell Sackett, an Idaho couple who placed fill material on their property to build their dream home and suffered exactly the outrageous treatment the justice described.

The Supreme Court trumps the president of the United States, and in this instance shares the concerns of the “Senate 25.” But none of the high court’s decisions answer the exact question: What is the reach of the Clean Water Act?

Therein lies the crux of the WOTUS menace: The reach of the Clean Water Act is notoriously unclear, and EPA and the Corps have kept it that way.

The Farm Bureau is particularly concerned by EPA’s refusal to answer direct questions such as, “Name three things that get wet, like roadside drainages, irrigation ditches, and livestock watering ponds, that would not be regulated by WOTUS.” Dead silence. And a permit to do anything in a designated “wetland” can cost upwards of $250,000.

The National Federation of Independent Businesses asserted in its official comments to the EPA, “The CWA is unconstitutionally vague because the regulated community cannot readily determine whether a given property is, or is not, a jurisdictional wetland.” The uncertainty helps the Obama shield campaign.

Two weeks before the Senate 25 called out the EPA, the attorneys general of 11 states and the governors of six states sent a similar letter to the EPA and the Corps.

“This rule should be withdrawn and replaced with a common-sense alternative that respects states’ primary responsibility over lands and waters within their borders while also giving land owners clear guidance,” the letter stated.

“Unlawful” and “unconstitutional” are not words attorneys general use lightly. When asked to size up the overall issue, Pruitt said, “The WOTUS rule appears to be another attempt by federal agencies to implement an agenda through regulations to affect land-use decisions that should be left to the states and private property owners.”

In September, the House passed bipartisan legislation, H.R. 5078, that prohibits the EPA and Corps from finalizing the WOTUS rule. A companion bill is stalled in the Senate.

With the coal industry overpowered, Obama’s rogue administration looks to have declared war on the rest of us.