Veterans Are the Real 1 Percenters 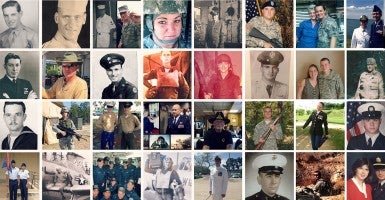 Mentioning “1 percenters” conjures up images of protest and class warfare. But there is another 1 percent who are beyond politics: the men and women who serve in America’s armed forces, as well as the veterans who served before them.

Despite over a decade of ceaseless war against terrorism, fewer than 1 percent of the U.S. population has been on active duty.

A smaller share of Americans now serve in the military than at any point since the era between World Wars I and II, according to a Pew Research study. In 1975, 70 percent of members of Congress had military service. Today, only 20 percent do.

Thankfully, we live in a time where we at least have a culture that appreciates our veterans.

After Desert Storm, it became fashionable again to appreciate and praise the U.S. military.

Gone was the stigma of Vietnam, when returning service members didn’t wear uniforms in public lest they be spit on or called baby-killers. No longer would our service members suffer the disparagement that Rudyard Kipling wrote of, “For it’s Tommy this, and Tommy that, and ‘Chuck him out, the brute!’” But it’s “‘Savior of his country’ when the guns begin to shoot.”

The heinous attacks on 9/11 resurrected the flame of patriotism that had faded in the hearts of so many Americans. Flags resting dormant in closets came back out to be displayed proudly and demand for new flags skyrocketed. The nation came together in a way not seen since Pearl Harbor—first in grief, then in resolve.

We saw acts of selfless courage, first by firefighters and police officers risking their lives to give aid, then by service members who sallied forth into harm’s way to impose retribution for the attack. Even when people criticized the wars in Iraq and Afghanistan, they still praised the men and women who volunteered to serve in the military.

“Thank your for your service” seems such a pitifully inadequate acknowledgement of gratitude and respect for someone who spends months away from their loved ones, who endure hardships and dangers that ordinary people shirk from. And what can one offer to the families of those who gave the last full measure of devotion by sacrificing their lives to defend us?

We who benefit from their service should honor it by urging our government to provide the funding to enable the military to carry out its missions. And provide the medical care for those returning home wounded in body and spirit.

From the old veterans bent with age to the young men now hunched over in a cold, dark foxhole, perhaps you can stand a little straighter today, knowing our nation is forever indebted to you. As George Orwell wrote, “People sleep peaceably in their beds at night only because rough men stand ready to do violence on their behalf.”

So to my father and my son—both U.S. Marines—and to all the other men and women who ever put on our country’s uniform, I humbly and respectfully thank you for unfailingly standing your post on the ramparts in order to keep us safe.