Is Next Step in War on Religious Liberty Inspection of Religious Schools? That’s Happening in the UK 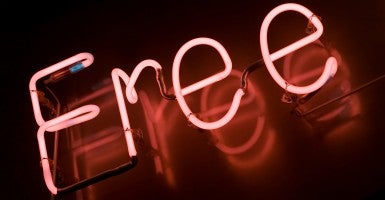 There is no doubt that the rights the First Amendment protects–freedom of speech and freedom of religion–are increasingly the most attacked.

Not to be outdone, zealots for same-sex marriage and issues surrounding “gender identity laws” have been on the warpath too.

Last week, a couple in Idaho, both ordained ministers, were threatened with jail time and fines for refusing to perform a same-sex wedding ceremony.

In July in upstate New York, another couple was hit with a discrimination suit and stiff fines for declining to allow a lesbian couple to rent their family farm for their same-sex wedding.

And in Texas just this month, the mayor of Houston demanded pastors turn over any sermons related to “the topics of equal rights, civil rights, homosexuality, or gender identity.”  She backtracked just days later after a large public outcry to say pastors could keep their sermons but they would need to hand over any speeches and presentations they’ve given related to the Houston Equal Rights Ordinance–the law that kicked off the whole debate and is opposed by many pastors and others who believe it allows men to use women’s bathrooms and vice versa.

Is the next step for those who oppose religious liberty to try to inspect religious schools?

Don’t dismiss that as crazy–it’s already happening in the United Kingdom..

In the name of tolerance, religious schools (to date, Christian and Jewish schools) in the UK are being “inspected” and in the case of one school, “downgraded,” for violating new education department guidelines the government there refers to as “British values.”

A government spokesman described the goal of such inspections as “ensuring that schools provide a broad and balanced education for their pupils” and that inspectors are there to evaluate “the effectiveness of the school’s provision for pupils’ spiritual, moral, social and cultural development and how the school’s leadership and management ensure that the curriculum actively promotes British values.”

Never mind that the concern about what values their children are being taught is one of the main reasons parents choose to send their children to a religious school, instead of a government-run one, in the first place. In the UK, as is often the case here, the government thinks it knows better.

According to an article in The Telegraph, orthodox Jewish schools have filed complaints that its female students “from strict traditional backgrounds were allegedly asked whether they were being taught enough about lesbianism, whether they had boyfriends and if they knew where babies came from.”

At least one Christian school has been downgraded from a “good” school to an “adequate” school because it would not invite a leader of another religion, such as an imam, to lead its assembly.

You see, teaching about other cultures and other religions is apparently no longer enough–you must fully accept them.  And as we’re seeing with the issue of same-sex marriage in this country, acceptance no longer means live and let live, the “tolerance” police want you to embrace and endorse.