Court: Illegal for Red Light Camera Operators to Give Citations to Drivers 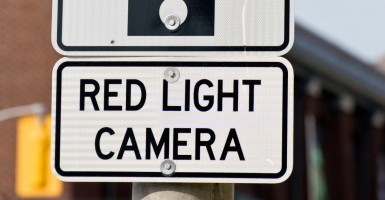 MIAMI — Big changes could be coming to cities with red-light cameras after a Florida District Court of Appeals judge said it’s illegal for camera operators to issue citations to drivers.

But red-light camera programs work like this: Cameras take the pictures, their owners decide whether a violation has occurred, then the owners send a citation to the alleged violator, who has 60 days to appeal.

“The private company is the one who sends the citations in the name of the city,” said Miami lawyer Victor Yurre. “Now it will have to be the city that does it.”

The case was brought to court in 2011 by Eric Arem, who received a subpoena issued directly by American Traffic Solutions, the private company hired by the City of Hollywood in Broward County to administer the red-light camera program.

This isn’t the first time red-light cameras have been the center of controversy.

In June, the Florida Supreme Courtruled that Florida cities didn’t have the authority to use red-light cameras to ticket motorists before 2010, when the legislature enacted the law. The case involved the cities of Orlando and Aventura.

Red-light cameras have been criticized as nothing more than a revenue generator. Tickets can run between $158 and $300. The fines are divided between the private contractor, city, county and state. If a driver decides to fight the ticket, the costs can include court costs and fees if the driver is found guilty.

Some anti-camera advocates say red-light cameras cause more accidents than they prevent, especially rear-end collisions as drivers slam on the brakes to avoid a ticket.