Amid Terrorist Threats, How Safe Are We? 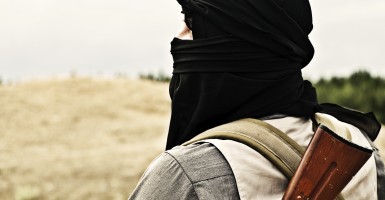 It’s only natural, with reports of terrorist groups such as the Islamic State filling the news, for Americans to question just how safe they are – and if the threat is greater now than it used to be.

We’ve never really been safe. At least that’s what a database maintained by The Heritage Foundation finds. It tracks Islamist-related terrorist plots since 9/11 aimed at attacking the U.S. homeland. The number of documented times that terrorists have tried to sow murder and mayhem on American soil adds up to more than 60.

In private, U.S. counterterrorism officials suggest that the number of thwarted plots, including some that may have been short-circuited in the “aspirational” stage, is higher. That would seem to indicate a greater threat.

By contrast, John Mueller, a distinguished professor at Ohio State University, argues that our concerns about terrorism invoke “fear and anxiety” out of proportion to what terrorists have actually accomplished in the United States. Many hazards have created far more human suffering and economic disruption than incidents such as the tragic shootings at Fort Hood, Texas, and the Boston bombing.

Still, even though most of us are more likely to be struck dead by a meteorite than to be struck down by a terrorist pipe-bomb, Americans are not wrong to insist that Washington take the evil people who are trying to kill us more seriously. After all, the intent of terrorism isn’t just to kill and maim. It’s to terrorize. That’s why we don’t treat the willful threat to use violence like it’s any other hazard.

And to do sooner rather than later. Because the next wave of transnational-related or -inspired terrorism is already underway. The disrupted conspiracy in Australia that included plotting to kill random innocents in the street was a red flag that shouldn’t be ignored.

In the U.S., government officials acknowledged that dozens of Americans have gone to Syria to fight with Islamist terrorist groups, returned to the U.S. and blended back into the population. In private, they acknowledge they don’t know where all of them are or what they’re doing.

There are others out there as well – in different countries, with different means at their disposal, all reading online extremist “magazines” exhorting them to figure out ways to terrorize us.

What should Americans expect from their government when it comes to protecting the homeland? To learn the lessons of more than decades of fighting this long war. Here are two:

1) Avoid meaningless countermeasures. As soon as the threat of the Islamic State began to metastasize, members of Congress started to call for new restrictions, from canceling the Visa Waiver Program (which would impact international travel to dozens of countries) to limiting student visas and other crackdowns.

These knee-jerk responses make no sense. Even with their swelling ranks, terrorists are a tiny percentage of any group other than other terrorists. Singling out any group for more restrictions doesn’t make a lot of sense. It’s like banning hay to preventing being pricked by a needle.

2) Engage in serious security. Washington should focus on the terrorists, not inconveniencing or spying on the rest of us. Political theater is no substitute for real action. The administration has spent a lot of time doing damage control, explaining how the Islamic State is not its fault, and making a big show out of blowing up tents and camels in Syria.

Rather than reassure Americans that Washington is doing more to make us safe, it looks as if the Obama administration doing something to keep from being criticized. The Oval Office should hold fewer press conferences and “messaging” meetings – and spend more time making sure that the national effort to safeguard the homeland is conducted with a modicum of efficiency, urgency, and a respect for our individual liberties.

Then, perhaps down the line we can truly answer that yes, we’re safer.