Do Doctors Lean Right or Left? 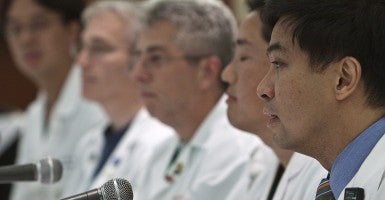 Are physicians’ political views shifting to the left?

The authors of a recent study published in “JAMA Internal Medicine,” conclude that between 1991 and 2012, the political alignment of U.S. physicians shifted from predominantly Republican toward the Democrats.

However, a closer look reveals that the picture isn’t quite so cut and dried.

However, when the data are broken out according to common demographic characteristics—such as age, income and sex—physician political preferences, not surprisingly, tend to track those of their non-physician peers.

The report records that doctor campaign contributions increased considerably during the lead up to the passage of the Affordable Care Act. The majority of the increase in contributions was for Republican campaigns, suggesting that legislation, especially sweeping legislation that has the potential to dramatically influence the practice of medicine and the patient-doctor relationship, mobilizes physician involvement perhaps more than the candidates.

The spike in doctors’ donations to Republicans before the passage of Obamacare may seem surprising since the American Medical Association supported the Affordable Care Act in 2010, allowing President Obama to claim that he had the doctors on board. However, the AMA represents less than 20 percent of physicians. Furthermore, shortly afterwards, the AMA saw an additional decline in membership with the majority of physicians who dropped their membership citing the organization’s support of the ACA as the reason.

Interestingly, there are correlations between certain professional characteristics and political preferences. For instance, it has long been observed that primary care physicians are more likely to be Democrats, while procedural specialists are more likely to be Republicans. There is also a similar divide between salaried physicians (more Democrat) and independent practice physicians (more Republican, like other small business owners).

The authors of the study, “The Political Polarization of Physicians in the United States: An Analysis of Campaign Contributions to Federal Elections, 1991 Through 2012,” acknowledge that shifts over time in the percentages of physicians supporting each political party may be driven mainly by changes in the demographics of medical practice, such as fewer independent practitioners and more female physicians.

Another barometer of physicians’ political intensity is the increased number of doctors winning election to Congress since enactment of the ACA. By that measure, physicians have never been more engaged in politics: the number of doctors in Congress now totals 20, Sixteen are Republicans and 4 are Democrats.

Physicians are not divided over their desire to provide the best possible care to their patients and appropriately, physicians will have an increasingly important role in defining the future of health care in the U.S. Rather than confirming an increasing polarization among physicians or a shift in party affiliation, this study only underscores the difficulty of assessing physician political support and the need to look beyond the sound bites.