Watch Your Step: Hawaii Taxpayers Will Pay $81,000 for ‘Fall-Prevention Coordinator’ 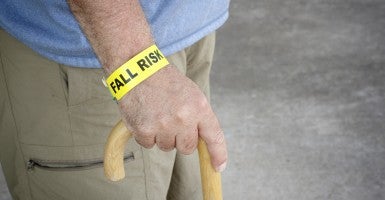 When possible, stay in your seat and, by all means, grab hold of that railing.

These days, however, Hawaii seems compelled to pay someone to offer such ubiquitous and common-sense advice.

Taxpayers will spend $81,000 in 2015 on a new government position—”fall-prevention coordinator,” who will teach Hawaii’s senior citizens, well, how not to fall.

Senate Human Services Committee Chair Suzanne Chun Oakland said no nonprofit or private entity could coordinate fall prevention in the state with the authority of the state government.

Stanley Michaels Jr., 73, an employee with the state Department of Health, is the state’s part-time, volunteer falls prevention coordinator.

Michaels, who took a bad fall himself leading to a hip replacement, gives presentations to seniors and caregivers, recommending seniors get their vision checked annually and review all medication side effects with a doctor or pharmacist; “safety proof” their homes by removing clutter, extension cords, throw rugs or items on the floor; exercise; and carry an electronic monitoring device.