Vote of No Confidence: Americans Have Little Faith in Media 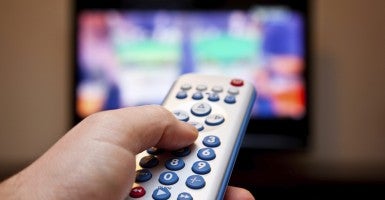 A recent Gallup poll finds that Americans’ confidence in each of the three major media platforms—television news, newspapers and Internet news—has plummeted to record lows.

When asked to identify from a list of 17 vital American institutes which they had a “great deal” or “quite a-lot” of confidence in, more than a thousand participants ranked the three platforms consistently below par.

Television news, the most prominent medium, has fallen to a historic new low. In 1993, at the beginning of the Clinton administration, 66 percent of Americans expressed confidence in TV news. Now only 22 percent place their confidence there—a four-point plummet from last year.

Only the U.S. Congress fared worse than TV news with a feeble 7 percent confidence rating.

Confidence in American newspapers has fallen to less than half of what it used to be at its apex. In 1979, 51 percent of Americans placed their confidence in print institutions, but today only 22 percent express confidence in newspapers.

While news sites have reached newfound prominence on the Internet, their confidence ratings continue to lag behind. Internet news sources garnered 22 percent of American’s confidence in 1999 at Gallup’s only previous measure. Fifteen years later, confidence remains anemic at 19 percent.

Behind these figures, Geoffrey Lysaught sees failed responsibility. The Heritage Foundation group vice president for strategic communications explained “there is nothing more important to the defense of liberty than high-quality journalism.”

According to Lysaught, these numbers are indicative of the contemporary media’s practice of allowing opinion and bias to supplant facts and evidence in their reports. “The American people are smart and they know when news media are advocating as opposed to educating.”

Gallup’s poll was based on interviews conducted June 5-8 with 1,027 adults. It has a margin of error of plus-or-minus 4 percentage points.