What the U.S. Must Do to Ensure the Internet Remains Free 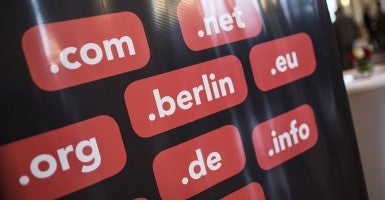 Will the Internet continue to be the bastion of freedom and engine of economic growth it has been so far? That may be decided by events to take place over the next year.

Since 1998, the U.S. National Telecommunications and Information Administration has contracted with the Internet Corporation for Assigned Names and Numbers, or ICANN, a non-profit corporation, to manage core functions of the Internet.  Although this arrangement has been enormously successful, it is set to change.

In March, the NTIA announced it did not intend to renew its contract with ICANN and mandated that the organization consult with “global stakeholders” to agree on an alternative.  This was not entirely unexpected — since the establishment of ICANN, the federal government has expressed its intent to make governance of the DNS fully private and free from government oversight.

This transition, however, has been repeatedly delayed. As the Internet has grown in importance, concerns arose over what would fill the vacuum when the U.S. exits the field.

Many nations, such as China and Russia, have made no secret of their desire to limit speech on the Internet. Even some democratic nations have supported limiting freedoms online. The European Union, for example, recently required search engines, upon request, to remove links to categories of personal information, such as prior bankruptcies, which are considered no longer relevant or lack a compelling public interest meriting disclosure—in effect forcing search engines such as Google to censor content. In addition, international organizations such as the International Telecommunication Union, an arm of the United Nations, have expressed a strong interest in playing a role in Internet governance.

There is a very real concern that, absent U.S. oversight, governments hostile to free expression could exert increased influence over ICANN — either directly or through the ITU — and use it as a vehicle for their efforts to censor the Web.

The Obama administration recognizes these risks. When making the initial announcement, the NTIA stated it would not withdraw from the process until an acceptable alternative mechanism is developed. This new mechanism, the NTIA stated, must: (1) “Support and enhance the multi-stakeholder model;” (2) “Maintain the security, stability, and resiliency of the Internet DNS [Domain Name System]”; (3) “Meet the needs and expectation of the global customers and partners of the IANA [Internet Assigned Numbers Authority] services”; and (4) “Maintain the openness of the Internet.” Additionally, the NTIA stated that it “will not accept a proposal that replaces the NTIA role with a government-led or an inter-governmental organization solution.”  After concerns were voiced in Congress and the private sector, the NTIA clarified that the U.S. would renew the IANA contract with ICANN should the transition proposal fall short.

The NTIA’s conditions are a good start but insufficient. They give little practical guidance or detail on what is an acceptable new oversight mechanism. The Internet is too important to permit such ambiguity. The absence of clear, well-defined standards, checks and requirements runs the risk that the NTIA will complete the transfer without adequately addressing these very real concerns because of a “pre-commitment” to a specific result or the natural momentum of the process.

To fill this gap, Heritage analysts published a Backgrounder titled “Protecting Internet Freedom and American Interests:  Required Reforms and Standards for ICANN Transition” Tuesday that recommends more than 20 specific reforms that Congress should insist on before supporting the transition. The recommendations include: requiring ICANN to submit to an annual independent audit; increasing the voting threshold to change its bylaws and increase fees; reining in its excessive exemptions for disclosure; separating policymaking from technical implementation by creating a new IANA consortium with responsibility for technical issues; and creating a new external,  private  oversight board representative of users with veto power over ICANN policy decisions that threaten the freedom, security, stability and resilience of the Internet.

To guarantee these protections are heeded by the administration in deliberations over whether to renew or extend the ICANN contract, Congress should give them the force of law and make the expiration of the NTIA contract with ICANN contingent on their implementation.

The U.S. should not end its role in the assignment of Internet names and numbers before adequate checks and balances are put in place to ensure that an independent ICANN acting without U.S. oversight is transparent and accountable and cannot be hijacked by governments or intergovernmental organizations.