How the EPA Got Heritage’s Energy Analysis All Wrong 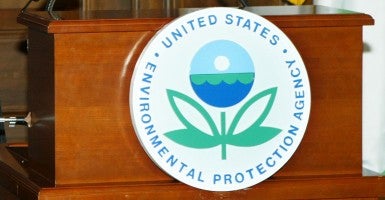 Officials at the Environmental Protection Agency said a Heritage Foundation  analysis of the agency’s war on affordable and reliable energy bore little resemblance to reality.

But a quick look at the facts and the EPA response reveals it is the agency that needs a reality check.

The response comes after EPA announced a rule to cut carbon dioxide emissions 30 percent from existing power plants by 2030. Since the EPA’s regulation and other regulations target coal-fired plants, Heritage produced economic analysis that showed what the phasing out of coal over a 25 year time period would mean to the U.S. economy.

The Heritage analysis concluded the regulation would cost 600,000 jobs and more than $1,200 per year in income for a family of four.  EPA responded—correctly—that the Heritage paper did not “model,” or use the assumptions EPA did in formulating its proposal.

But a big part of the problem with the EPA’s analysis is that the agency looks at the regulation in a vacuum. It ignores:

Each of these regulations will inflict substantial costs, drive down existing coal generation and have dubious environmental benefits. In addition, coal mining faces increasingly unattainable regulations that remove decision-making from miners and empower Washington to take responsibility. It is hard to see how coal, which now accounts for 40 percent of our electricity, survives this onslaught, particularly when President Obama’s former climate advisor has said “A war on coal is exactly what’s needed.”?

The EPA attempts to mask the costs through what it calls flexibility.  To attract state buy-in, the agency’s rule establishes different targets for different states and allows states flexibility in implementing plans. But flexibility merely shifts costs around. It does not prevent them.

If anything, state and regional implementation plans would protect special interests, which then will pass on costs to American families. Moreover, this flexibility is somewhat of a chimera since the plans the states develop—renewable mandates, efficiency mandates, carbon taxes, etc.—are subject to EPA approval.

As if we needed any more reason to resist this, the agency claims that electricity bills will be on average 8 percent less expensive by 2030 as a result of these regulations. If that’s the case, we should’ve implemented these regulations years ago. But we don’t need federal regulations or mandates to save money on energy. That incentive is already hardwired in the brains of families and businesses.

The only time the EPA doesn’t look at its new climate change regulation in a vacuum is when it discusses potential benefits. The EPA includes estimated benefits from reducing particulates—called co-benefits—already  covered by existing regulations, which clearly exaggerates the environmental benefits of this proposal. No matter what one believes regarding climate change, these regulations would do little to reduce global temperatures.

The EPA says to ask Heritage about the fine print in our analysis.  It’s all right here. Reading through the fine print of the 645 pages of the EPA’s new climate change rule, it’s clear the administration is imposing a massive energy tax with no noticeable climate impact.