Obamacare Can’t Handle the Truth: Data Not Adding Up for Enrollees 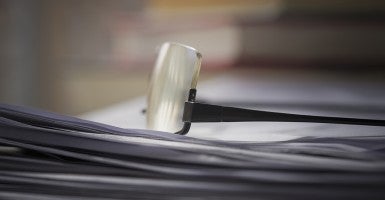 Obamacare prompts one huge headache right off the bat for Sylvia Mathews Burwell, the newly confirmed secretary of the Department of Health and Human Services.

Vast discrepancies in data on Obamacare enrollees could put at least 2 million newly insured Americans at risk, according to a government report provided to Associated Press.

Officials found data from application forms not matching what was in federal records, which could affect how much consumers pay for their health plans or if they are even legally eligible for benefits, AP reported. It suggested the final number of enrollees affected could be higher.

Assuming that all those who signed up also started paying premiums—which the government has yet to verify—at least one-fourth of those plans have data issues.

Government officials acknowledged to The Washington Post last month that more than 1 million of those enrolled in Obamacare plans may have received incorrect subsidies, and that the government was unable to fully fix the errors. Health policy analysts had warned that enrollees could be forced to pay back subsidies if the government mistakenly gave them too much.

If the data discrepancies aren’t resolved, consumers also could be at risk for violating perjury laws, AP reported, since the information supplied about them does not match what the government has on file.

It’s not the only paperwork mess for the health law. Roll Call reported that, based on its 50-state survey, at least 2.9 million Americans who signed up for Medicaid as part of the Obamacare enrollment push have not had their applications processed. Some applications have been stuck in queues since last fall,  the newspaper said.