The 19 Questions Americans Deserve Answers to on Benghazi 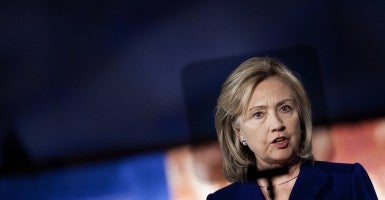 Before long, the House Select Committee on Benghazi will start its work. At The Heritage Foundation yesterday, a panel of experts discussed the challenges facing the committee and the numerous areas of inquiry the committee will need to investigate.

The idea that all questions on Benghazi have been answered is manifestly wrong. The administration has dragged its feet outrageously and done everything to “discourage” eyewitnesses to the Benghazi attack from giving testimony to congressional investigators. And although it is true that five congressional committees have dug into the scandal, they often have failed to ask follow-up questions necessary to get to the truth.

Among the still unanswered questions:

>>> Read More: The Benghazi Select Committee Has Been Established. Why That’s a Good Thing.