The Future of Cars: Electric, Natural Gas, Driverless, and More 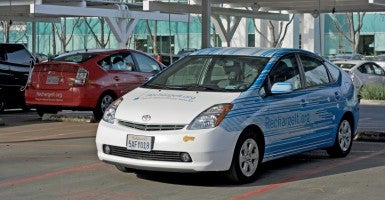 Ten years from now, electric (EV), hybrid and natural-gas powered cars will make some, albeit not yet decisive, inroads in our lives. There are economic, lifestyle and technological reasons for this.

First, it is the technology of hydraulic fracturing, and improved 3-D seismic and imaging techniques, which provides us with the ability to find even small oil and gas fields in abundance. Cheaper natural gas produces cheaper electricity, which can then be loaded onto and stored in a battery in an EVs. The electricity may then be stored on board the vehicle using a battery, flywheel, or supercapacitors.

The natural gas abundance allows us to run fleets of trucks, buses, delivery vehicles like FedExFDX +1.13%, and even taxicabs. In turn, less gasoline is needed, including from Venezuela and the Middle East, but more U.S.-produced gas is powering our cars and trucks.

Technology is also a limiting factor in extending the range, and diminishing the price, of a battery-powered car. Today Tesla Model S is approaching 300 miles with its heavy, most powerful battery lithium-iron. Better storage capacity is a must.

Ten years from now at least the trendy and the affluent would boast their all-electric GoogleGOOGL +0.81% cars, wondering how have they lived before without them. After all, they will allow driving driverless along Los Angeles’ Route 5 while checking online portfolios and Facebook.

Finally, the economically sensible hydrogen fuel cell powered car, the Moby Dick of the automotive industry. Again, it is the cross-section of technology and economics which stands in the way. Maybe it will be German auto makers, working with their naval propulsion engineers who can give us a competitive fuel cell car which will not break the bank. Or maybe these will be the Japanese, like Honda, who have sunk hundreds of millions of dollars in their fuel cell R&D.

Thus, geeky hybrids and EVs are definitely out, and sustainably powered, economically competitive “new technologies” are in.