Is American Exceptionalism Back in Vogue With the Left?

I think that there is a sense of who we are, what we represent, and why we’re important to the world. The notion of exceptionalism is thrown around… I think people realize that we’ve built a lot of stuff in this country, we’ve innovated, we’ve lead, and for us to maintain that position, some changes are going to have to come about.

It is therefore encouraging to see a prominent Democrat like Harold Ford Jr. publicly reembrace the idea of American exceptionalism. The question is whether American expcetionalism boils down to our formidable economic  might, as Ford’s remarks seem to suggest?

There is of course no denying that we continue to lead, innovate, and “build stuff”: America’s economy, after all, produces a quarter of the world’s wealth and has been doing so for the past several decades. But must we not look deeper to uncover the true meaning of American exceptionalism? As Matthew Spalding argues in the inaugural essay of Heritage’s Understanding America series:

America is an exceptional nation, but not because of what it has achieved or accomplished. America is exceptional because, unlike any other nation, it is dedicated to the principles of human liberty, grounded on the truths that all men are created equal and endowed with equal rights.

One of these fundamental rights, of course, is the right to acquire and possess property. Prosperous as we may be, we must not lose sight of the fact that our prosperity is the result of our commitment—precarious at times, but sustained nonetheless—to property rights. As Calvin Coolidge noted more than 80 years ago in a speech commemorating the Declaration of Independence: “We live in an age of science and of abounding accumulation of material things. These did not create our Declaration. Our Declaration created them.”

President Obama also admits that there is something exceptional about America’s founding principles. In a part of his answer to the reporter in Strasbourg that has received scant media attention, he went on to note: “I think that we have a core set of values that are enshrined in our Constitution, in our body of law, in our democratic practices, in our belief in free speech and equality, that, though imperfect, are exceptional.”

Whereas the Founders spoke of inalienable rights and self-evident truths, President Obama, good product of our elite universities that he is, gives us mere “values” drained of any permanency. And while he may insist that these imperfect values are exceptional, it is clear that they are not exceptional in the strong sense of the word, flawed as they are. What President Obama gives us is “We hold these imperfect values to be self-evident,” which just doesn’t have the same ring to it, does it?

Harold Ford’s reembrace of American exceptionalism marks a step in the right direction but the Left still has a long way to go to arrive at a sound understanding of the ideas—neither flawed nor changing—that make this country truly exceptional. 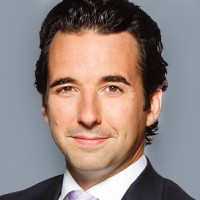