Why a Connected Life Via Marriage, Family Is a Happier Life 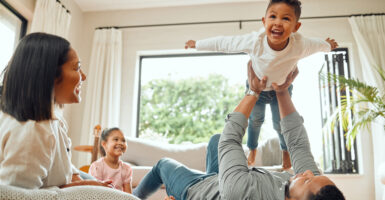 If we are going to have a happier, more satisfied, and more united nation, we need to start with the meaningful connections made through the unique bond of marriage and parenthood. (Photo: People Images/iStock/Getty Images) 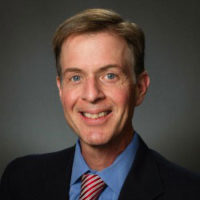 My colleague Jim Daly, president of Focus on the Family, wrote the following in his book “Marriage Done Right: One Man, One Woman”:

“[Marriage] is a sacred union of a man and a woman that confers myriad benefits on the spouses, their children, and society at large—benefits that cannot be replicated by any other relationship.”

One of those key benefits is happiness, as a recent essay by W. Bradford Wilcox of the American Enterprise Institute documents. It also refutes the current cultural consensus that the single life is the road to personal satisfaction and fulfillment.

It’s perhaps no coincidence that some of the most dissatisfied voices in our toxic public discourse come from those who are not married. It’s sometimes those individuals who feel less than pleased with the course of their lives.

Wilcox wrote that in 1970, there were 77 marriages per 100 women. Forty-five years later, that number had decreased to 32 marriages per hundred, and it has continued to decrease to the point where, according to the 2022 American Family Survey, the share of American men and women who are currently married is only 45%.

The decreasing marriage rate has led to a spike in the number of people living alone—more than 37 million adults as of 2021. While not all adults living alone are lonely, many are, and those individuals are more likely to lack significant social connections, which can be deadly.

John Cacioppo, a University of Chicago psychology professor, wrote in his book “Loneliness: Human Nature and the Need for Social Connection” that the negative health risks of living alone are far worse than air pollution or obesity.

But the problem goes beyond just the individual. It affects our society as well. Many of our current cultural divides can be traced to social isolation and the lack of connections individuals have with a wide swath of people. Thus, loneliness, and the bitterness it ferments, has not occurred in a vacuum.

Nevertheless, despite evidence that documents how marriage provides many of the social connections needed to not just survive, but to thrive in life, our culture continues to send messages that women do not need a husband to be happy; that men should focus on their careers instead of family; and “the kids will be all right” even when they lack a mother or a father.

In Wilcox’s essay, he looks at research from the American Community Survey on the happiness of married vs. single women, and the contrast is stark. Married mothers between the ages of 18 and 55 have a mean household income of $133,000, compared with $79,000 for those in the same age range that are single and childless.

But personal contentment and happiness go far beyond financial means.

In the American Family Survey, 33% of those same married mothers reported they were “completely satisfied” with their lives. In contrast, only 15% of single and childless women felt the same way.

In addition, about 60% of those single and childless women were more likely to report feelings of loneliness compared with married mothers. That suggests that the bonds created through family and friends are perhaps the most important factor in life satisfaction.

Given the trend that married women tend to be deeply concerned about cultural issues that affect their families, and as a result often lean more conservative in their worldview, it logically follows that the happiest women are conservative women.

Conservatives also have ties to organizations, such as churches, that provide connections with others. The survey reports a 15 percentage point gap between conservative women saying they are completely satisfied with their lives, compared with liberal women (31% vs. 16%).

And it’s just not women. On the heels of this research comes another study, this one done by psychology professor Darby Saxbe of the University of Southern California demonstrating  the positive changes men experience once they become fathers, such as becoming less self-absorbed and more empathetic to others.

Thus, the overall findings become abundantly clear: The key to a happy life is a connected life—and marriage and families are a common denominator in making those connections.

Family cohesion or disintegration is now the definitive barometer of the health or illness of the social fabric of our country. That barometer is pointing to stormy weather ahead unless we turn back as a society to affirming and creating families, rather than dismissing them.

As author Tim Carney wrote several years ago, if we continue down the current road we are on, where marriage and families are becoming scarcer and scarcer, “[w]e are left, then, with a society where intact families are not the norm, but something of a luxury good.”

He added recently, “If independence is rising in salience, that suggests that we are all finding fewer things worthy of attachment. We face a poverty of meaning, and so, see little reason in making more of us.”

Without the meaning that comes through personal connections, we often turn to isolation and anger. If we are going to have a happier, more satisfied, and more united nation, we need to start with the meaningful connections made through the unique bond of marriage and parenthood.

Happier people are more satisfied people, who in turn become more content and caring citizens. One of the first roads leading to American renewal is through the realization and reaffirmation of the unique benefits of marriage and family—for men, women, children, and all of American society.