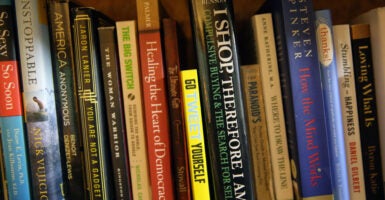 The American Library Association and PEN think they can slander others as “book banners” to bully them into acquiescing to their preferences, rather than engaging in democratic debate or policy discussions about what books should be required of students and made available to children in school libraries. (Photo: Genna Martin/San Francisco Chronicle/ Getty Images) 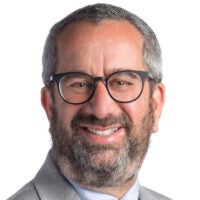 Robert Pondiscio is a senior fellow at the American Enterprise Institute.

In a country that protects and praises personal liberty, few charges are more loaded than to call people censors or “book banners.”

Those are fighting words.

Unfortunately, the American Library Association and PEN America, an advocacy group for literary authors, are casually hurling that accusation against school leaders and parent organizations across the country without any concern for whether the charges are reasonable or factually accurate.

The library association and PEN think they can slander others as “book banners” to bully them into acquiescing to their organizations’ preferences, rather than engaging in democratic debate or policy discussions about what books should be required of students and made available to children in school libraries.

There are many places around the world in which large numbers of books are truly banned. In Iran, for example, hundreds of books are legally prohibited, including classic works of literature and philosophy. As the Los Angeles Times describes these bans, “Those who publish, sell or distribute banned books face arrest and imprisonment if caught.”

No one involved in the debate over which books should be required in school curriculums or available in school libraries is advocating banning books, since no one is suggesting that the producers, distributors, or owners of books be arrested or punished.

Rather, the earnest and essential debate is about which books are appropriate for children of different ages; which works have enduring cultural or educational value; and the process by which those decisions should be made in tens of thousands of diverse U.S. schools and districts, which operate under state and local control.

The library association and PEN think that classroom teachers and school librarians should make these decisions unilaterally and unaccountably while parent groups simply want greater public oversight and parental input into these decisions as law and tradition have long allowed and generally encourage.

If we adopt the expansive view of book banning as not having a work physically present in a school library, then we are all book banners.

One hopes that even the American Library Association and PEN would agree that Hustler magazine would not be an appropriate periodical to circulate to children. Neither is the decision by most schools not to carry Donald Trump’s “The Art of the Deal” necessarily evidence of book banning.

Resources and space are finite, so there has to be some process for deciding which books are appropriate. If we define banned as “not shelved” or placed out of the immediate reach of children, then the vast majority of published books have been banned. If we count only works included in official school curriculums, then only a few hundred works in all of human history could be said to be “approved.”

The library association adopts an even more expansive definition of banned books as including any works that are merely “challenged” by parents, administrators, or public officials, a characterization that ironically displays a taste for censorship itself. This is like a politician who denounces any disagreement as treason.

Moreover, the charge works in reverse: Librarians are book banners themselves, since they make decisions daily about which titles deserve shelf space.

PEN seems to have adopted a slightly more restricted definition of book banning as works that are removed from or made inaccessible in school libraries or classroom curriculums.

The organization claims to have identified 1,648 titles that have been removed during the 2021-22 school year. But a very quick examination reveals that many of those “banned” books continue to be available in the school libraries from which they have supposedly been removed.

Just starting with the Indian River school district in Florida, which PEN claims to be one of the most egregious censors with 161 books banned during the 2021-22 school year, we quickly find that many of the “removed” books continue to be available in school libraries.

For example, PEN identified “A Certain Slant of Light” by Laura Whitcomb as “Banned in Libraries” in Indian River, but it is nevertheless listed as available in the Sebastian River High School library in that district.

PEN says that the book “All American Boys” was “Banned in Libraries and Classrooms” in Indian River, but the district’s libraries show that they carry seven copies of the book.

That’s just starting with titles beginning with the letter A.

According to news reports, parents groups raised concerns about 156 books in the district’s school libraries, but only five were removed. One of those five that was removed was a collection of short stories called “Grl2grl,” which the publisher describes as “immersed into the minds and hearts of lesbian, bisexual, transgender, gay, queer, and questioning young people” and intended for “young adults,” which does not describe those under 18 enrolled in Indian River schools.

The American Library Association or PEN may think its judgment is superior to that of parents and school administrators, and that “Grl2grl” should be available in school libraries despite concerns about that work’s appropriateness or merit, but it’s unclear why everyone else should blithely accept their judgments.

No one should accept the American Library Association and PEN calling those who refuse to follow their dictates without question “book banners.”

And no one should tolerate how the library association and PEN inflate the claim of “banning” by counting books that are merely “challenged” or by falsely claiming that books have been removed from school libraries when they continue to be available.

How we determine which books should be required reading and which should be available to children in school libraries is complicated and a matter of dispute—and sensible local control. By reducing that dispute to name-calling and bombastic edicts, the library association and PEN are doing more damage to the intellectual freedom and educational development of children than any parent group is.

If the American Library Association and PEN really want to combat book banning, they could direct their attention to what is occurring in Iran. If they want to engage the democratic process in the United States in a constructive manner, they would be wise to adopt a less authoritarian approach.

This commentary was modified Sept. 28 to correctly identify a high school and the number of copies of “All American Boys” available in school libraries in the Indian River district.