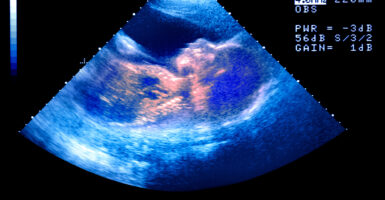 Nearly all abortions are now officially illegal in Idaho, Tennessee, and Texas, as of Thursday. (Photo: Peter Dazeley/Getty Images)

The three states are among more than a dozen states to pass trigger laws protecting the unborn that would take effect following the Supreme Court’s June 24 ruling in Dobbs v. Jackson Women’s Health Organization, which overturned Roe v. Wade.

“With Tennessee, Idaho, and Texas taking additional steps to protect women and unborn children from the abortion industry, Americans across the country will celebrate and welcome the lives that will be saved by these laws,” Israel said.

The three states’ pro-life laws are taking effect two months after the Supreme Court overturned Roe v. Wade and 30 days after the high court officially transmitted its ruling to the lower courts.

Life is protected from the moment of conception in Idaho under the state’s pro-life trigger law that went into effect Thursday.

Abortion is now permitted in the state only in cases of rape and incest, or to save the life of the mother.

The pro-life law makes it a felony to perform an abortion, punishable by two to five years in prison and suspension of the abortion provider’s medical license. However, that portion of the law has been temporarily enjoined by a federal judge.

U.S. District Judge B. Lynn Winmill blocked the trigger law’s provision for punishment of abortion providers in a ruling Wednesday.

“Allowing the criminal abortion ban to take effect, without a cutout for [Emergency Medical Treatment and Labor Act ]-required care, would inject tremendous uncertainty into precisely what care is required (and permitted) for pregnant patients who present in Medicare-funded emergency rooms with emergency medical conditions,” Winmill wrote.

Doctors who perform abortions in Idaho will not be punishable until a final ruling on the case is delivered.

All abortions are now illegal in Tennessee. Exceptions are allowed to save the life of the mother or to prevent serious bodily harm.

Tennessee’s “heartbeat” law, which banned abortion after about six weeks of pregnancy when a baby’s heartbeat can be detected, took effect June 28. Now, life is protected even sooner, from the moment of conception in Tennessee.

Those who perform or attempt to perform an abortion are guilty of a Class C felony and could face three to 15 years in prison and up to a $10,000 fine.

Tennessee’s trigger law, known as the Human Life Protection Act, “prohibits prosecution of a woman upon whom an abortion is performed or attempted.”

Texas has laws on its books banning abortion that predate the 1973 Supreme Court ruling in Roe v. Wade that made abortion legal nationwide. Now that Roe has been overturned, Texas has further secured the right to life for the unborn.

On Thursday, the Texas pro-life trigger law took effect. The law prohibits all abortions except when necessary to save the life of the mother.

The trigger law includes harsher penalties for those who perform abortions. Now, abortion providers in Texas could face life in prison and a minimum fine of $100,000 per abortion.

The law protects women who have abortions from prosecution.