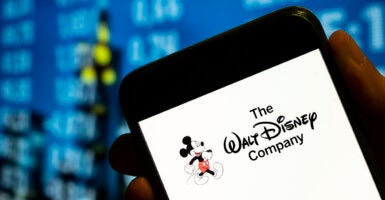 A Texas congressman has asked four entertainment and social media companies to explain why they emphasize paying travel and other expenses for out-of-state abortions rather than their existing policies of paid family leave for employees.

Women “should not feel coerced into seeking an abortion instead of taking time off to have their child, especially since women are already having fewer children than they want,” Rep. Michael Cloud, R-Texas, wrote Wednesday.

Cloud, ranking member of the House Oversight and Reform Committee’s economic and consumer policy subcommittee, wrote that he is concerned that Disney and the other three companies pressure female employees into having abortions rather than offer alternatives.

On June 24, the same day the Supreme Court released its decision in the abortion case Dobbs v. Jackson Women’s Health Organization, each of the four companies announced that they would pay the travel and procedure expenses of employees who seek abortions across state lines.

Cloud noted that Disney and Meta/Facebook offered their employees travel reimbursements for “family planning,” “pregnancy-related care,” and “reproductive services” out of state.

A Warner Bros. spokesperson told NBC News that the company would expand “health care benefits options to cover transportation expenses for employees and their covered family members who need to travel to access abortion.”

Fiona Cicconi, Google’s chief people officer, emailed staff to announce a similar expansion of benefits, adding that employees could “apply for relocation without justification, and those overseeing this process will be aware of the situation.”

These four companies failed to mention their own existing policies on paid family leave, Cloud wrote in the letter. They gave no indication they would support “women who choose to carry their pregnancies to term and raise their children,” the Texas Republican said.

The Daily Signal sought comment from the four companies Friday afternoon. Warner Bros./Discovery declined to comment, and Meta, Google, and Disney did not reply by publication time.

“Women have historically faced discrimination for being pregnant due to the number of days women will be absent from the workforce due to the birth and care of their children,” Cloud wrote to the companies.

The Pregnancy Discrimination Act—passed in 1978 as an amendment to the Civil Rights Act—prohibits this kind of pregnancy-based discrimination, he argued.

Cloud suggested that Disney, Warner Brothers Discovery, Google, Meta, and others may have violated the Pregnancy Discrimination Act with the measures they took after the Supreme Court overruled Roe v. Wade.

By encouraging their employees to seek abortions, these companies discouraged women from other alternatives, such as claiming family leave and taking additional time off, he said.

In a time of “high inflation, skyrocketing gas prices, and baby formula shortages,” Cloud wrote the four companies, “it is imperative that women feel they are supported in their decision to balance their family with their work.”