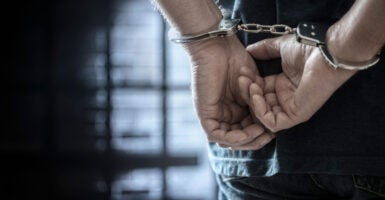 Lynn Fitch is the attorney general of Mississippi.

The American Law Institute last month chose to unravel decades of progress that prosecutors, law enforcement, and victims’ advocates have made in the fight against human trafficking, online exploitation of children, and sexual abuse and assault.

The institute did so over the strong objections of those who prosecute sex crimes and those who work with victims, including the U.S. Department of Justice, the National Center for Missing and Exploited Children, the National District Attorneys Association, and a bipartisan coalition of two-thirds of state attorneys general.

First established in 1923, the American Law Institute was formed by prominent lawyers, jurists, and legal scholars “to promote the clarification and simplification of the law.” It published its first Model Penal Code in 1962, a work which has had and continues to have significant influence on American criminal law, though it had never been updated in the decades since.

Only a handful of states have not adopted the Model Penal Code in whole or in part, but its influence remains clear even in those limited instances, and legislators and members of Congress often look to the Model Penal Code for proposed changes to criminal law. Indeed, it’s a standard of criminal law taught in law schools across the country.  It’s also an oft-cited persuasive authority by state and federal courts.

The words American Law Institute members choose to incorporate in the code have very real consequences for those who may be or may become victims of crime. Yet, of the 470 members in attendance for voting last month on changes to Article 213, “Sexual Assault and Related Offenses,” more than 40% practice law in academia, at a law school, university, or college.

The changes they approved evidence a lack of real world understanding of prosecuting these crimes and working with victims.

For instance, they all but nullify effective use of the Sex Offender Registry to keep people, particularly children, safe from sexual abuse, assault, and exploitation. Since Washington state passed the first law authorizing public notification of sex offenders living in the community in 1990, states and Congress have consistently expanded use of this tool.

In 1996, President Bill Clinton signed Megan’s Law, giving states broad discretion for notifying the public when a sex offender is released into their communities. Megan’s Law takes its name from a 7-year-old New Jersey girl who was raped and murdered by a neighbor who had two prior convictions for sexually assaulting young girls.

In 2006, President George W. Bush signed into law the creation of a publicly accessible, online national sex offender database, maintained by the Department of Justice, that allows the public to search across state lines. The Dru Sjodin National Sex Offender Public Website is named for a 22-year-old student at the University of North Dakota who was abducted in Grand Forks, raped, beaten, stabbed, and found dead in a ravine nearby in neighboring Minnesota.

The man convicted for her murder was classified by Minnesota as a Level 3 sex offender, meaning the state considered him likely to reoffend. He had served a 23-year sentence and was released from prison without restriction just six months before Sjodin was taken while walking to her car in a mall parking lot.

In 2016, President Barack Obama signed International Megan’s Law, requiring registered sex offenders to notify their local registry of travel abroad. Decade after decade, Congress and presidents in a rare showing of bipartisanship have worked to make the sex offender registry a stronger, more effective tool for transparency and public safety.

This work recognizes a common interest in empowering the public, safeguarding the innocent against becoming victims, and helping law enforcement protect the public from predators. The American Law Institute’s new Model Penal Code, however, stands in stark contrast by making the registry generally unavailable to the public, and that includes organizations conducting background checks for employment or volunteer positions that involve interacting with children.

The American Law Institute’s work will make it more difficult to prosecute sex crimes, to obtain justice for victims, and to protect the public from sexual predators, without any clear corresponding improvements in criminal justice.

It reverses the years of progress we have made in fighting the growing international criminal industry of human trafficking. This Model Penal Code is out of step with contemporary American law as practiced by prosecutors and law enforcement, and it’s the American people who will pay the price.