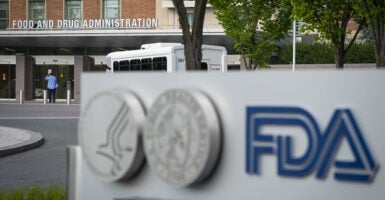 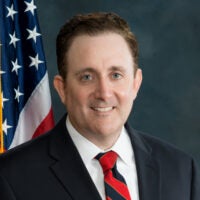 David Gortler is a pharmacologist, pharmacist, and an FDA and health care policy scholar at the Ethics and Public Policy Center in Washington, D.C. He was a professor of pharmacology and biotechnology at the Yale University School of Medicine, where he also served at Yale’s Bioethics Center. He was an FDA Medical Officer who was later appointed by the White House to serve on the FDA’s senior executive leadership team as senior advisor to the FDA commissioner for drug safety, FDA science policy, and FDA regulatory affairs.

Last month, dermatologists and pharmacists around the U.S. discovered they could no longer prescribe or dispense isotretinoin, an important dermatological medication, after the Food and Drug Administration botched software updates to the drug’s online reporting system known as iPledge.

The updates weren’t adequately tested before they were launched, resulting in doctors unable to use the system and instead waiting for hours on the phone with the FDA to get prescription approvals.

The system requires both prescribers and pharmacists to get authorization before any isotretinoin (commonly known by the brand name Accutane) is given to patients.

Isotretinoin is best known for treating severe acne—but it’s also a critical, nonsubstitutable treatment for a variety of other serious skin conditions such as ichthyoses, cutaneous T-cell lymphoma, neuroblastomas, and multiple types of skin cancer eruptions due to chemotherapy, among others.

While the drug is effective for its intended use, the iPledge system was designed to prevent the drug from being administered to pregnant mothers due to the high risk of birth defects in unborn children. Obviously, having backstops to prevent harm to unborn children is a worthy public health goal, but the system that had been in place for 15 years suddenly came crashing down on Dec. 13, after the FDA made several revisions to it.

Why didn’t FDA leave well enough alone? To answer that question, you need to realize that the Biden administration is not filled with “follow the science” technocrats, but anti-science, ideological busybodies starting at the top.

For example, the FDA is part of the U.S. Department of Health and Human Services, and transgender activist and HHS Assistant Secretary for Health Rachel L. Levine, has been on a mission to erase the concept of men and women at HHS and replace it with “birthing people” and other such Orwellian propaganda.

Once it was discovered that the iPledge system allowed doctors to simply designate patients as “men” or “women” to initiate the pregnancy safety protocols, HHS jumped into action to require doctors to instead use the phrases “patients who can get pregnant” and “patients who cannot get pregnant.” Doctors who just want to treat their patients’ skin conditions now have been forced to accept transgender ideology’s tendentious claim that men can get pregnant.

FDA and HHS officials also couldn’t resist the opportunity to have the website undergo other major—and seemingly unnecessary—revisions without adequate troubleshooting or input from prescribing and pharmacy thought leaders. These harried updates broke the website, such that telephone calls have been required since mid-December to create accounts both to prescribe and dispense isotretinoin.

So, in the middle of the busy holiday season, on top of telemedicine complexities due to a COVID-19 resurgence, leaders at the still commissioner-less FDA mandated all prescribers and pharmacists log on to the new iPledge system and create a new account, but the website was so dysfunctional, most prescribers could not log in or access previous patient records and were required to get clearance by phone.

Hold times have routinely been multiple hours, with one dermatologist reporting a total of six and a half hours over the telephone to receive authorization. Other calls were placed on hold for as long as eight hours only to be inexplicably disconnected, requiring providers to call back anywhere from many dozens to around 100 times and wait in the phone queue from the beginning. Communications to the FDA’s “emergency” telephone number were met with canned responses that stated that the inability to care for patients due to the website problems did not qualify as an emergency.

This disarray distracted pharmacists and prescribers from the already modest time they are allotted by chain pharmacies and insurance companies for clinical duties and speaking with patients about medication safety.

Industry watchers called FDA’s implementation of its “new, gender-neutral approach” a “failure, chaotic and a disaster,” which has led to renewed frustration with the person most directly responsible for this debacle, Dr. Patrizia Cavazzoni, head of the FDA’s Center for Drug Evaluation and Research.

As a result of Cavazzoni’s mismanagement, prescribers now have to resort to a perpetually backlogged telephone system, causing massive delays, confusion, and the inability to care for patients. Over a two-day period, over 1,000 emails and telephone calls from American Academy of Dermatology Association members were made to Cavazzoni’s office expressing frustration, but to no avail.

Syneos Health, which was paid to revise the FDA’s iPledge website, should likewise share the blame. Indeed, the website dysfunction was reminiscent of what Americans experienced when the Affordable Care Act website launched under President Barack Obama and also didn’t work.

The FDA’s nonworking, mandated iPledge website update represents a completely avoidable situation and an unacceptable disruption to patient care. Americans depend on the FDA to thoroughly test drugs for safety and efficacy, to ensure doctors follow protocols that limit harm to mothers and their unborn children, and to help health care professionals do their job—not sandbag it.

But when ideology pressures decision-making and science and patient care comes second, we shouldn’t be surprised when the activists at HHS can’t even get a website up and running, even when it costs millions of taxpayer dollars and threatens patient health.