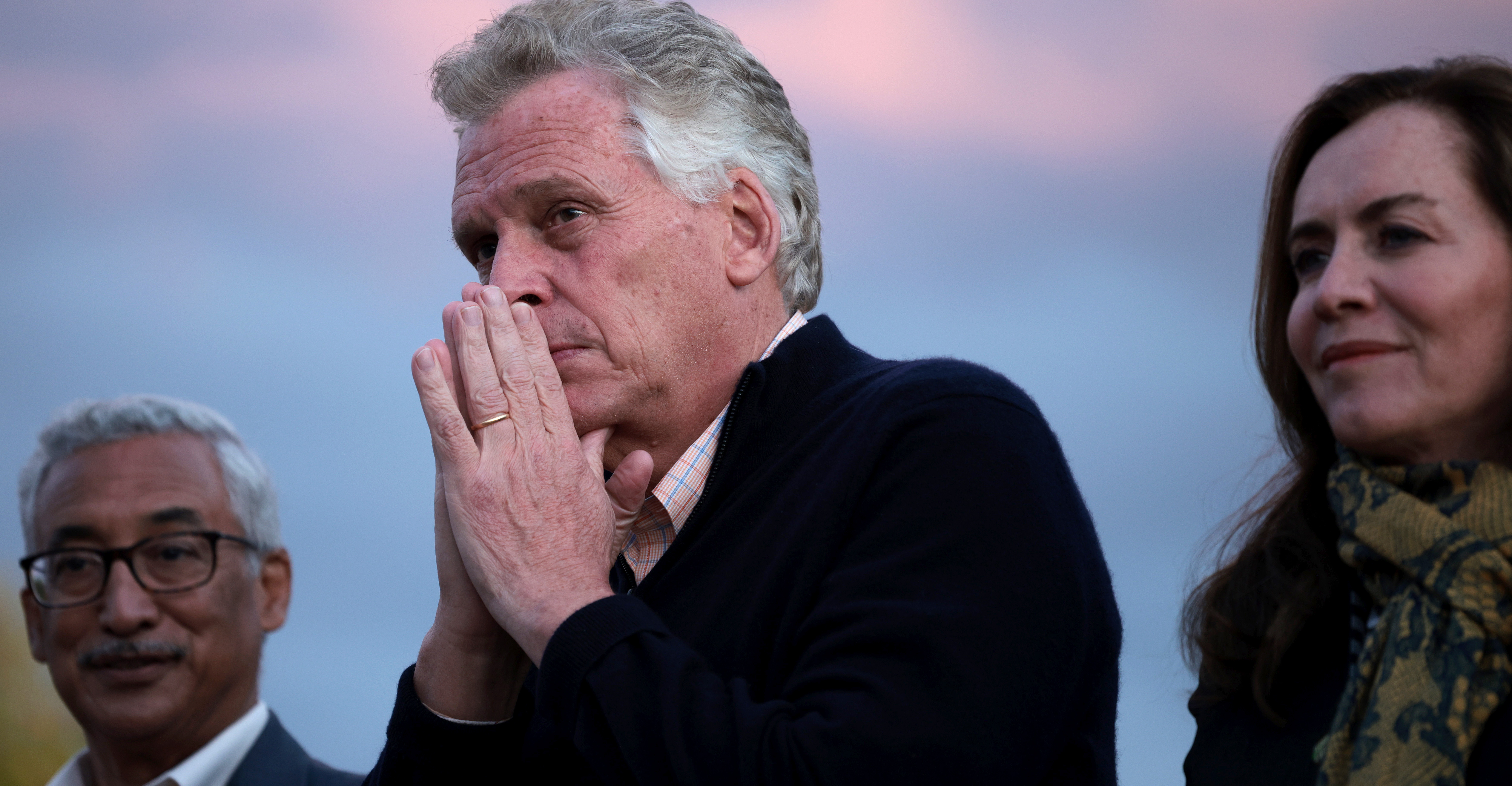 A Fox News voter analysis released late Tuesday evening found that 5% of Virginia voters cited abortion as “the most important issue facing Virginia.” That group supported Youngkin over McAuliffe by a margin of 12 percentage points: 44% voted for McAuliffe, but 56% voted for Youngkin, according to the poll.

“Pro-life victories in both the Virginia House of Delegates and the governor’s race are a strong repudiation of abortion extremism that effectively halts the radical pro-abortion legislative agenda in the Commonwealth,” Susan B. Anthony List President Marjorie Dannenfelser said in a statement Wednesday.

“At the top of the ticket, Terry McAuliffe arguably made abortion the central issue in his campaign, and it failed spectacularly,” she continued. “This is due in part to Glenn Youngkin punching back in his own TV ad and in the debates, defining McAuliffe as the real extremist for supporting painful, late-term abortions.”

Major news outlets announced early Wednesday morning that Youngkin had defeated McAuliffe in a race driven by parental rebellions against school culture wars across the nation. Virginia Republicans also won statewide races for lieutenant governor and attorney general and retook control of the House of Delegates in the General Assembly.

Throughout the heated governor’s race, McAuliffe repeatedly accused Youngkin of hiding radical abortion stances for fear of losing independent voters. Youngkin steadily assured media that he was “pro-life,” sidestepping McAuliffe’s continued attempts to make him acknowledge he would defund Planned Parenthood as governor.

“Glenn Youngkin brought together all kinds of Virginians and pro-lifers across Virginia,” a Youngkin spokesperson told The Daily Signal on Wednesday evening. “We are proud of the coalition we created.”

McAuliffe poured millions of dollars into ads painting Youngkin and his stances on abortion as “far right”: Three of McAuliffe’s most expensive ads (ranging from $510,000 to $922,000) attacked Youngkin on abortion and aired more than 1,100 times on broadcast or cable television.

The Youngkin campaign did not respond to requests for comment from The Daily Signal regarding how much it spent on ads attacking McAuliffe on abortion.

The Washington Post gave McAuliffe “two Pinocchios” for those claims, noting in September that although Youngkin is pro-life, does not support Planned Parenthood, and does not want taxpayer dollars to go to abortions, he has not specifically said he would seek to ban abortions or defund the organization.

McAuliffe himself avoided directly addressing whether he would limit abortion at any stage of pregnancy, repeatedly promising that he would “be a brick wall to protect women’s individual rights.” He also made a campaign stop at a Virginia abortion clinic, where he was photographed touring the facility and chatting with clinic workers.

On Sept. 1, Texas’ Heartbeat Act went into effect, banning abortions after an unborn baby has a heartbeat that can be detected. McAuliffe predicted that the law would be “a huge motivator for individuals to come out and vote.”

Team Youngkin accused McAuliffe of being “the most extreme pro-abortion politician in America,” saying that the Democrat supports “abortion anytime, anywhere, for any reason, paid for by taxpayers, including at the moment of birth.”

The Youngkin campaign also leaned hard on education issues, tearing into McAuliffe for his comment that he does not think “parents should be telling schools what they should teach.”

Those words would haunt McAuliffe for the rest of the campaign, mobilizing parents across the state to vote against the Democrat. He later defended the remark, noting on NBC’s “Meet the Press” that “everybody clapped” when he said it.

“The pathway forward for the GOP in the 2022 midterms is clear,” Dannenfelser said Wednesday. “Going on offense on life and refusing to cede the issue to pro-abortion Democrats is the key to victory.”

Fox News based its voter analysis off a survey conducted by the National Opinion Research Center at the University of Chicago, surveying registered Virginia voters online and over the phone, with a margin of error of 2.5 percentage points.

The McAuliffe campaign did not respond to a request for comment from The Daily Signal.