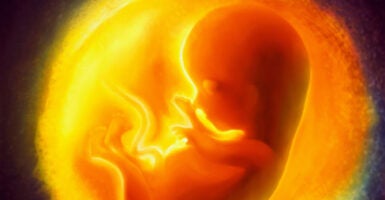 “From Cradle to Grave, Democrats Move to Expand Social Safety Net,” a Times headline published Monday reads, accompanied by this subhead: “The $3.5 trillion social policy bill that lawmakers begin drafting this week would touch virtually every American, at every point in life, from conception to old age.”

The first paragraph of the Times story also refers to life beginning at conception, noting that Democrats’ legislation would “touch virtually every American’s life, from conception to aged infirmity.”

Further down in the story, veteran journalist and Times writer Jonathan Weisman again refers to life as beginning at conception, writing: “To grasp the intended measure’s scope, consider a life, from conception to death.”

The Times did not immediately respond to a request for comment from The Daily Caller News Foundation.

Arguments over when life begins are fundamental to the modern debate on abortion. Only last week, Biden said that though he respects Americans who believe life begins at conception, he does not agree with them. It was a strong departure from his prior statements on the matter.

“I am a strong supporter of Roe v. Wade, No. 1,” Biden said. “The most pernicious thing about the Texas law, it sort of creates a vigilante system … I know this sounds ridiculous, almost un-American, what we are talking about.”