Why Unilever Should Shed the Ben & Jerry’s Brand

Ben & Jerry’s, a subsidiary of Unilever, yielded to the boycott, divestment, and sanctions movement by announcing it would stop selling ice cream in East Jerusalem and the West Bank. Pictured: Protesters march outside a Ben & Jerry’s store in Times Square to call attention to the company’s boycott decision. (Photo: Lev Radin/Pacific Press/LightRocket/Getty Images) 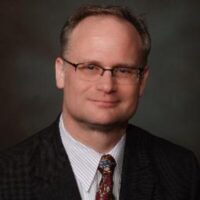 David A. Ridenour is president of the National Center for Public Policy Research, a nonpartisan, nonprofit educational foundation based in Washington, D.C.

Unilever PLC CEO Alan Jope said Ben & Jerry’s decision to stop selling ice cream in the West Bank and East Jerusalem has nothing to do with antisemitism. But based on Unilever’s antisemitic past, Jope may have to get rid of the Ben & Jerry’s brand to prove it.

The trouble for the London-based firm isn’t just that it cut an incredibly stupid acquisition deal with Ben & Jerry’s that allowed the ice cream manufacturer to keep an independent board to oversee its “social agenda.” Unilever has a poor record of standing up to antisemites.

In response to anti-Jewish measures in Germany during the 1930s, Unilever replaced Jews on its supervisory boards. In 1938, the company even appointed Karl Blessing to lead Unilever NV’s presidium. Blessing was a member of the Reichsbank executive board, the central bank of the German Reich from 1876 until 1945.

Unilever NV was the Dutch half of Unilever and the presidium was the body it established to control its German businesses.

As then-CEO of Unilever Paul Rykens put it, “In Germany, we are a German firm.”

Unable to take its profits out of Germany due to strict foreign-exchange restrictions, Unilever used its German profits during the 1930s to buy stakes in railways, raw materials, and ship building—industries critical to the Third Reich’s war effort and its ongoing persecution of non-Aryans.

Kristallnacht occurred, an incident in which the Nazis torched more than 900 synagogues, destroyed thousands of Jewish-owned businesses, killed nearly 100 Jews, and rounded up 30,000 Jewish men to send to concentration camps.

Shortly after Kristallnacht, Rykens asked his board for permission to start negotiations to acquire an interest in A.E. Wasserman, a Jewish-owned bank.

Unilever’s stake in the bank was kept below 50% to keep its participation in Germany’s Aryanization program under the radar.

“The fact that we are only a sleeping partner will restrict not only our actual liability to this amount, but also our moral responsibility,” Rykens wrote. “The actual facts will only be disclosed to the Government Bank Controller, whereas for the outside world our participation will be given in the name of a third party.”

That was over 70 years ago and Unilever has had nearly three-quarters of a century to make up for its inexcusable behavior. The trouble is, it hasn’t.

While Israel, the Middle East’s only democracy, has been singled out for punishment, Unilever continues to do business with Iran, Iraq, and Syria—countries committed to Israel’s destruction.

Although Ben & Jerry’s ice cream isn’t sold in those countries, until December it operated in Malaysia, the most antisemitic country is Asia. In 2019, Malaysia banned Israeli athletes from participating in Paralympic Games it was hosting, prompting the International Paralympic Committee to move the games elsewhere.

Its prime minister at the time, Mahathir Mohamad, said, “The Jews are not merely hook-nosed, but understand money instinctively” and “I’m glad to be labelled antisemitic.”

These incidents did not prompt Ben & Jerry’s to exit Malaysia, however. It left due to economic headwinds caused by the COVID-19 pandemic.

By giving in to the demands of the boycott, divestment, and sanctions movement, Ben & Jerry’s took the side of antisemites by not selling its products in “stolen Palestinian land.” It applied a double standard by acting against the Jewish state, which fits a definition of antisemitism, and lent support to a false narrative that Israel has been the aggressor.

Israel isn’t to blame for the Six-Day War through which it gained possession of the West Bank and other territories: Neighboring Arab states are to blame.

Prior to the outbreak of the Six-Day War, Syria sheltered Palestinian guerrillas launching attacks in Israel; Egypt expelled U.N. peacekeepers from the Sinai Peninsula before amassing a large military force in their place; Iraq sent an armored division toward Israel; and Egypt closed the Straits of Tiran through which Israel received 90% of its oil supply.

There was no doubt about the Arab states’ intentions when Israel launched a preemptive airstrike, destroying a significant portion of the Egyptian Air Force.

All this means Unilever must clear a high bar to convince many that Ben & Jerry’s sales ban wasn’t prompted by antisemitism.

If it can’t, it could prove very costly to the corporation and its shareholders.

Thirty-five states have laws on the books requiring divestment from businesses that support boycotts against Israel. This could lead to a Unilever sell-off. Unilever could suffer reputational damage as the controversy brings unwanted attention to its unsavory business practices globally. It could even face a consumer backlash, especially among the Jewish community.

The future of Unilever—a $151 billion enterprise—is now being held hostage by a subsidiary it purchased for just $326 million.

But there may be a way out. While Unilever’s acquisition agreement may prevent it from reversing the sales ban, it is under no obligation to keep the brand and harm its own brand.

Getting rid of the Ben & Jerry’s brand may be the only way Unilever can prove it has broken from its antisemitic past.