It is no secret that the abortion industry deliberately targets vulnerable women in order to expand its reach. Its newest project of invading academic institutions, however, reaches the new low of turning "our college dorm rooms ... into abortion clinics," as Sen. Steve Daines, R-Mont., told Tony Perkins on "Washington Watch." (Photo: PhotoAlto/Frederic Cirou/Getty Images) 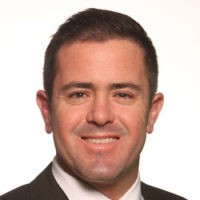 The physical and psychological traumas associated with the chemical abortion regimen evince the unique horrors of the procedure—even beyond what we are used to in the abortion context.

Tammi, one victim of the abortion industry’s embrace of this practice, reflected on her chemical abortion as “savage” and “horrific.”

She recalled extreme physical pain and fear throughout the process, ending in the ultimate delivery of her developing child, possessing undeniably human features, into a toilet bowl at her home.

Tammi’s traumatizing experience with chemical abortion could easily be that of many college freshmen, suffering physical and emotional torture in an unsanitary communal dorm bathroom. Abortion advocates nevertheless have begun pushing for access to the dangerous mifepristone and misoprostol cocktail to be available for students in their campus health centers.

To address this issue, yesterday Rep. Chip Roy, R-Texas, introduced the Protecting Life on College Campus Act of 2021 in coordination with Rep. Mary Miller, R-Ill., with Sen. Steve Daines, R-Mont., introducing the Senate version. This bill would block federal funding for colleges and universities that provide the chemical abortion regimen to students or employees.

In a statement about the bill, Roy—who has been a great leader on this issue—said, “A college dorm room is no place to have a do-it-yourself abortion, and the American taxpayer should not be paying for the destruction of innocent human life on our college campuses. But, as we already know, what the abortion industry really cares about are profits—not the welfare of mothers or the integrity of higher learning.”

It is no secret that the abortion industry deliberately targets vulnerable women in order to expand its reach. Its newest project of invading academic institutions, however, reaches the new low of turning “our college dorm rooms … into abortion clinics,” as Daines told Tony Perkins on “Washington Watch.”

As Family Research Council’s Meg Kilgannon shared at the press conference for the bill, “Colleges are places for women to grow intellectually, emotionally, and spiritually. It’s not the place to be handed dangerous chemical abortion pills that kill her unborn child and harm her as well.”

Beyond its obvious disregard for the lives of the unborn, the abortion industry makes clear that it also has no concern for the well-being of women by advocating access to chemical abortions on campuses, affirming what Miller stated explained on the show, “the abortion industry is about death and lying.” She explained how young women are “told that this is a safe, easy, painless way to take care of the pregnancy,” only to later suffer painfully from the process.

Communal bathrooms in girls’ dorms are hardly a sanitary or safe location to carry out a “medical procedure” that causes extreme cramping, hemorrhage requiring transfusions, nausea, vomiting, diarrhea, abdominal pain, and bleeding that may continue for up to 30 days. Daines reflected in his discussion with Perkins that “7% of the women that take those abortion-inducing pills need some kind of surgery.”

The Protecting Life on College Campus Act is a direct response to the California College Student Right to Access Act (SB 24) that will go into effect in 2023, providing students in the state’s public universities with access to the dangerous abortion pills.

In her own interview with Perkins on “Washington Watch,” Miller discussed the evils of providing chemical abortions to college students, saying that providers are “preying on vulnerable women that are afraid … and they live to regret it.”

As Perkins reflected in his interview with Daines, “We’ve seen that fact, that reality, that what starts in California does not stay there.” This principle rings true as a warning to the rest of the nation to take action before more states face the battle of keeping gruesome abortions out of college dorms.

The Protecting Life on College Campus Act affirms the dignity of young women by ensuring that they are not coerced into dangerous chemical abortions while experiencing their first taste of independence at college.

As Kilgannon stated, “Stop telling women that to be successful we have to kill our children. Start telling women the ways you’ll adapt a system—that for decades focused only on males—to accommodate the totality of women, including women’s fertility.”