The Murray School District in Utah is conducting a review of its equity book program after parents complained about a teacher reading a book favorable to transgenderism to a class of third graders. (Photo: Kryssia Campos/Getty Images) 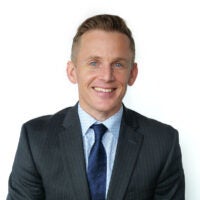 A group of Utah parents has prompted a review of an “equity book program” in their local school district after a teacher read a book favorable to transgenderism to a class of third graders.

The book, “Call Me Max,” written by transgender-identified author Kyle Lukoff, follows the story of a girl wanting to be seen as a boy.

The book is a transparent attempt to make children comfortable with the idea of changing gender. According to the book’s description, it is “a sweet and age-appropriate introduction to what it means to be transgender.”

Some parents, however, saw the book as an attempt to indoctrinate their children into a false view of gender and sex.

To their credit, they did something—and their actions have made a difference.

According to a report by KTLA, the Murray School District has paused the equity book program and is now conducting a review of all the books in the program. “Call Me Max” was not part of the school’s equity book program, but was read in a class when a student brought it from home.

Parents can be discouraged from raising concerns about curriculum in their schools for a couple reasons.

First, a lot of LGBT propaganda is often packaged with other content that is not objectionable.

Only two books on the list appear to be directly about the LGBTQ community. One of those is for fifth graders about the work of Harvey Milk, one of the first openly gay elected officials in the United States. The other is for sixth graders and titled “Rainbow Revolutionaries: 50 LGBTQ+ People Who Made History.”

In addition to two LGBT books, the Murray School District equity book program includes books from black and Hispanic authors that give children a window into people and experiences they may not be able to understand. Not only is it not a problem for young children to be reading about the life and work of Frederick Douglass, it’s valuable.

Second, much of the problematic curriculum in schools is presented as “anti-bullying” curriculum. For many on the left, the only way to solve the serious and tragic challenges of children who identify as LGBT is to create a world in which everyone affirms their identities and choices.

For Christians, that isn’t an option. But there can still be common ground because everyone wants to stop bullying. But even if we have the same goal, conflict will arise if our tactics are different.

When you engage with people who believe the solution to bullying is creating a world in which everyone believes the same things, conflict is inevitable. But it’s still worth it. It’s worth it because as parents, we aren’t fighting for our reputation or our social standing, we are fighting for the minds and hearts of our kids.

Besides, the world our kids are growing up in is going to require some courage. The pressure they face to conform and surrender will likely be much stronger than anything we faced.

Their job will be made much easier if, in their moments of decision, they can be encouraged by the times they saw mom and dad do the right things even when it was going to be hard.