Once Again, the Media Misrepresents Conservatives 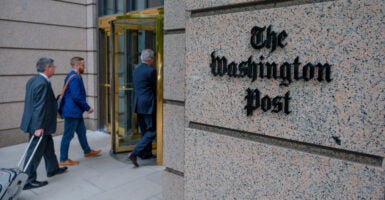 A recent Washington Post column declared, "Many conservatives will find the new Tubman [$20 dollar] bill distressing, even if they could barely tell you the first thing about Jackson." (Photo: Eric Baradat/AFP/Getty Images) 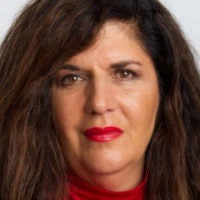 RANSON, West Virginia—Drive along U.S. 11 in Pennsylvania, Maryland, and here in West Virginia and you are pretty much roaming through the more conservative enclaves of the region.

The road, one of the first north-south routes in the country, takes the traveler through places such as Chambersburg, Shippensburg, and Carlisle, Hagerstown and Martinsburg.

The off-ramps wind down to treasures such as those here in Ranson.

Drive too fast and you miss meeting some really great people or seeing some beautiful places, some gorgeous preservation projects that have brought homes and businesses back to life, some of which reflect beauty even in decay.

Fly over the states or use an interstate and you are likely to never know who the people who live along U.S. 11 are and what they care about. That’s OK. People really don’t like feeling like a specimen, but if you are going to write about them, you should probably have a conversation or two.

And just stop and sit a spell.

Do that and you will probably learn a few things about them that might dispel some assumptions that exist, such as: Not all people who live in rural areas are Republicans. You often find a healthy mix of Democrats, Republicans, and independents who believe the most important election day is the one for mayor, sheriff, county commissioner, school board, or state legislator.

More often than not, you will find that they are not as obsessed with politics in the way social media would have people believe, and that they are capable of having conversations with people who have different points of view and conduct their lives way outside the boundaries of the stereotypes those who don’t know a thing about them imagine.

They have long figured out two things about the people who write about them in a story or reference them on social media: Nuance is dead, and it is much easier to make a monster out of someone you don’t understand than to try to make an honest attempt to understand them.

Last week, there was a column in The Washington Post about how conservatives feel in light of the news that President Joe Biden’s administration revived an effort to replace the image of Andrew Jackson on the $20 bill with Harriet Tubman.

The column declared, “Many conservatives will find the new Tubman bill distressing, even if they could barely tell you the first thing about Jackson.”

I was also hard-pressed to find “many conservatives” who didn’t know who Jackson was, his presidential failures and successes, his role as a general, and the painful legacies of the Trail of Tears and slave ownership.

All you have to do is ask. All you need to do is listen.

In fact, had the columnist asked what truly distresses them right now, you’d find that it’s the coronavirus and the toll it has taken on not just the people who have lost family members but the mental health of children, seniors, mothers, and fathers.

So does the uncertainty of their jobs, their small businesses, their shuttered communities.

So does having not hugged someone in nearly a year.

Tubman? Hardly. Talk to a conservative and they will tell you unequivocally that it is hard for them not to admire a gun-toting woman of faith who risked her life to free slaves.

Perhaps the columnist made the “many conservatives” assumption from scrolling through Twitter. But Twitter is not really the place to find a good cross section of everyday people.

In mid-October, the Pew Research Center released a comprehensive study on Twitter use, and in many ways, its conclusion should shake any person who uses the social media platform as a guide to the pulse of what America thinks.

In short, “just 10% of users produced 92% of all tweets from U.S. adults,” with an eye-popping 69% of those “highly prolific users” identifying as Democrats.

It is a reminder for reporters to shy away from using Twitter as an indication for public perspectives.

So, just because everyone on Twitter says conservatives are mad about Tubman and don’t know who Jackson is, be a wee bit skeptical, because your words continue a narrative that may not be true.

There is a line in the J.D. Vance book “Hillbilly Elegy” that says, “Where we come from is who we are, but we choose everyday who we become.”