For 29 Years, Justice Clarence Thomas Has Been the North Star for Originalism on the Supreme Court 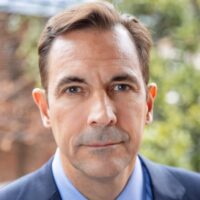 Mark Paoletta served as a lawyer in the George H.W. Bush White House counsel’s office and worked on Justice Clarence Thomas’ confirmation. He most recently served as general counsel for the Office of Management and Budget in the Trump administration, and he worked on the confirmations for Justices Neil Gorsuch and Brett Kavanaugh. He is a partner at Schaerr Jaffe LLP.

With the expected confirmation of Amy Coney Barrett to the U.S. Supreme Court, some conservative commentators have heralded the coming of the “Thomas Court,” as in Justice Clarence Thomas. This term usually applies to either the chief justice or the justice who is the swing vote on 5-4 decisions, but Thomas has not played that role on the bench.

Rather, more than any other justice, Thomas has been the North Star for originalism, even more than the late Justice Antonin Scalia. Thomas took his seat on the Supreme Court 29 years ago this Friday, after a brutal confirmation process and despite, or perhaps because of, the constant attacks on him, his star is shining even brighter—and many are following his light.

Bush was right. Thomas was the best qualified, because he was a fiercely independent thinker with an unwavering commitment to decide cases based on what the Constitution said, not what he or the public wanted in the moment. Bush knew that Thomas had these qualities because he had watched Thomas go through fire during the Reagan administration.

As a black conservative intellectual, Thomas has been an existential threat to the liberal ruling class since he joined the Reagan administration in May 1981. As chairman of the Equal Employment Opportunity Commission, Thomas earned the very public enmity of the civil rights establishment for opposing quotas and racial preferences.

On the court, Thomas is an originalist, a justice who believes that the Constitution’s provisions must be interpreted consistent with the original meaning when they were ratified. Liberals do not believe a black man can legitimately hold these views.

After failing to derail his confirmation, the left continued its racist attacks on Thomas. Jane Mayer and Jill Abramson furthered these racist stereotypes in their 1994 book “Strange Justice,” describing Thomas as overly dependent on fellow white justices and on his law clerks.

In 2007, however, then-CBS Supreme Court correspondent Jan Crawford made it powerfully clear in her terrific book “Supreme Conflict” that from the moment Thomas arrived, he pulled the court in his direction. Crawford stated, “If any justice was changing his vote to join the other that first year, it was Scalia joining Thomas, not the other way around.”

As Crawford recounts in her book based on her access to the papers of Justice Harry Blackmun, in one early case, Foucha v. Louisiana, Thomas circulated a lone dissenting opinion for consideration, and he persuaded Chief Justice William Rehnquist and Justices Anthony Kennedy and Scalia to switch their votes.

Over 29 years, Thomas has written nearly 700 written opinions, has established a comprehensive originalist jurisprudence, and—more than any other justice—has been willing to revisit long-settled precedents that he considers wrongly decided.

Conservative scholars have always given Thomas his due, and on the occasion of his 25th anniversary on the court, well-regarded law professor Randy Barnett wrote that “no judge or justice has done more to put originalism into practice, without fear or favor, than Clarence Thomas. For that he has my admiration and respect.”

Despite the caricatures in the mainstream press and by leftists, even liberal legal writers recognize Thomas’ profound impact on the legal landscape. One Supreme Court practitioner described Thomas as “our greatest Justice.” Liberal legal writer Ian Millhiser wrote in 2018 that Thomas “is the most important legal thinker of his generation, and the most significant appointment of the last forty years.”

Millhiser recognizes that Thomas is writing for the ages, laying down markers in the law that others will follow. According to Millhiser:

For a quarter century now, young members of the Federalist Society have opened up their Constitutional Law textbooks, read Thomas’ solo dissents, and wondered “why not?”

The oldest of these former law students are now in the prime of their careers—ripe for appointment to the federal bench. And there is an entire generation of them waiting for their turn to rule.

But they are no longer waiting. Twenty-two of Thomas’ clerks have served in the Trump administration, and another 12 are federal judges. Indeed, at a recent gathering of former Thomas clerks, law professor and former Thomas clerk John Yoo quipped that he wasn’t sure if he was at a reunion or at a meeting of the federal judicial conference.

That reunion—a generation of lawyers and judges prepared to follow the intellectual path laid out in his opinions—may represent Justice Clarence Thomas’ longest lasting legacy.