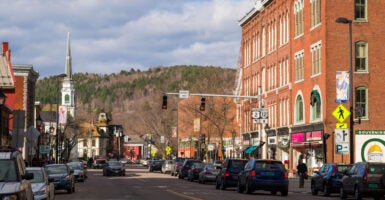 On the campaign trail, nearly all politicians cozy up to the small business community. Americans should take note of exactly how to offer real-world help to this community in such extraordinary times. (Photo: Walter Bibikow/Getty Images) 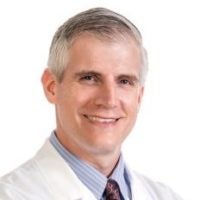 Dr. Chris Stansbury is a West Virginia small business owner, practicing optometrist, and a member of the Job Creators Network.

At the first presidential debate last month, former Vice President Joe Biden declared that the Trump administration “has done nothing for small businesses.”

From the perspective of an entrepreneur like myself, the current administration has taken several steps to help small businesses.  All candidates would be wise to use these measures as a North Star for future policy.

“Exhibit A” is the 2017 Tax Cuts and Jobs Act. In addition to slashing the federal tax liability for nearly every American family, small businesses specifically received a big boost from the legislation.

Among the provisions, the Tax Cuts and Jobs Act created a 20% standard deduction for small businesses and lowered the top marginal tax rate—a rate commonly paid by pass-through small businesses. Together, the changes dropped the effective federal tax rate from roughly 40% to 30% for entrepreneurs.

Reinvesting tax savings back into businesses to create jobs, push wages up, and expand operations ignited the most energetic economic boom in half a century.

Nearly 5 million jobs were created from the time the Tax Cuts and Jobs Act was signed into law to earlier this year—shepherding in an era where most people who wanted a job had one.

In parallel, the unemployment rate dropped to 3.5%—the lowest reading since 1969—and consumer sentiment spiked. The U.S. economy was the envy of the world, and small businesses benefited.

But everything changed with the arrival of the coronavirus. Americans were fearful to leave their homes, and businesses were forced to limit operations or close down entirely because of rules enacted by local and state governments. The resulting souring of the economy pushed many small businesses to the brink of bankruptcy.

As the co-owner of a chain of eye-care clinics in West Virginia, I experienced the consequences firsthand. We were forced to limit service to emergency appointments only and financially compelled to furlough more than 40 employees as a result of the state’s stay-at-home orders.

Fortunately, the administration and Congress stepped in to offer a lifeline, and the Paycheck Protection Program was born.

The Paycheck Protect Program—which offered small businesses like mine forgivable loans to cover payroll and overhead costs amid the pandemic—buoyed the survival of millions of companies and their staff.

Without the financial life preserver, some of our locations would have remained closed throughout the summer—leaving workers without income to support their families.

The coronavirus pandemic has sparked the worst economic turmoil is modern U.S. history, and countless businesses have fallen prey to the fallout. But the Paycheck Protect Program helped to slow the free fall and posture the economy for recovery. In fact, 11.4 million jobs have already returned, and there were 6.5 million job openings in August 2020.

On the campaign trail, nearly all politicians cozy up to the small business community, and Biden and President Donald Trump are no different. Americans should take note of exactly how to offer real-world help to this community in such extraordinary times.