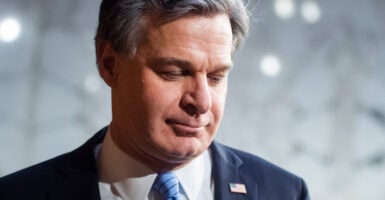 A leading Senate Republican is questioning whether deletions from more than two dozen cellphones used by the special counsel’s team in the Trump-Russia probe were part of a “widespread intentional effort” to scrub data from the devices.

Chuck Grassley, R-Iowa, chairman of the Senate Finance Committee, asked Attorney General William Barr and FBI Director Christopher Wray in a letter Friday whether they are investigating members of the special counsel’s team for violating agency procedures or laws regarding information on their government-issued phones.

A spreadsheet that tracked all phones used in Muller’s probe shows many of their users claimed to have accidentally wiped the phones clean, mostly due to entering incorrect passwords too many times.

Andrew Weissmann, a top prosecutor on the investigation, said he deleted data from his phone on two occasions in 2018, once, he claimed, because he entered his password incorrectly too many times. He said he “accidentally wiped his cellphone” again on Sept. 27, 2018.

“It appears that Special Counsel Mueller’s team may have deleted federal records that could be key to better understanding their decision-making process as they pursued their investigation and wrote their report,” Grassley said in the letter to Barr and Wray.

Mueller’s final report found no evidence that the Trump campaign and the Russian government conspired to influence the 2016 election.

Grassley noted that several of the deletions occurred after the Justice Department inspector general began an investigation into the FBI’s conduct of the Trump-Russia probe.

“Moreover, based on this new information, the number of times and the stated reasons for the deletions calls into question whether or not it was a widespread intentional effort,” Grassley said.

Grassley is seeking all records from all phones used by employees of the special counsel’s office, as well as records showing the explanations that employees provided for deletions on their phones.

Grassley is also pressing Barr and Wray to say whether they are investigating whether members of the special counsel’s team violated Justice Department policies or broke the law.

The FBI declined to comment on whether the bureau has investigated the cellphone deletions. The Justice Department did not respond to a request for comment.