Looking Back: What I Learned at the Kavanaugh Confirmation 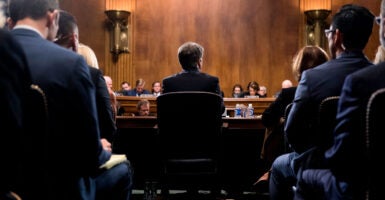 I was invited to sit in the Senate Judiciary Committee hearing room on the days when Supreme Court nominee Brett Kavanaugh and his accuser testified. It was a surreal experience. Pictured: Kavanaugh testifies Sept., 27, 2018, before the Senate Judiciary Committee during his Supreme Court confirmation hearing. (Photo: Tom Williams/Pool/AFP/Getty Images) 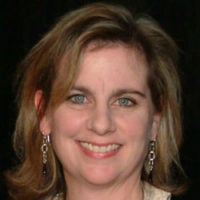 Brett Kavanaugh was known as an originalist jurist and had a strong record for protecting life and constitutional rights. I was at the White House for President Donald Trump’s formal announcement of Kavanaugh’s nomination to the Supreme Court, and I pledged that SBA List would mobilize the pro-life grassroots nationwide and in key Senate battleground states.

I knew that, given what was at stake in Kavanaugh’s Senate confirmation process, it would be much more difficult than Neil Gorsuch’s. I knew we could take nothing for granted.

But I also knew that there was a pro-life majority in the Senate—one we had worked hard to elect—and I believed that ultimately Kavanaugh would easily have the votes to be confirmed. Boy, was I wrong about the easy part.

>>>This is an excerpt from “Life Is Winning: Inside the Fight for Unborn Children and Their Mothers,” a new book by Marjorie Dannenfelser, president of the Susan B. Anthony List. <<<

Maybe I should have taken a page from House Speaker Nancy Pelosi’s book and not been surprised, but I was taken aback by the extremes to which the opposition would go to smear Kavanaugh.

The last-minute emergence of a woman accusing Kavanaugh of teenage sexual misconduct—accusations that Kavanaugh unequivocally denied and for which there was not one shred of corroborating evidence—was handled in a duplicitous and reckless way.

But it also laid bare a crucial and encouraging fact: The citadel of Roe v. Wade had been breached, the walls were crumbling, and its defenders were under siege.

I was invited to sit in the Senate Judiciary Committee hearing room on the days when Kavanaugh and his accuser testified. It was a surreal experience. I sat down next to a woman I had never seen before.

Watching from our offices in Northern Virginia, SBA List’s communications director, Mallory Quigley, texted me to say the woman was actress/activist Alyssa Milano, a vocal abortion advocate and a leader of the #MeToo movement against sexual assault.

It is easy to demonize from afar; it’s much more difficult face to face. Despite being on opposite sides of the issue at hand—and many others—our interactions were marked by mutual kindness.

I profoundly opposed her efforts and those with whom she was allied to unjustly accuse Brett Kavanaugh in an effort to defeat his nomination. But at the end of the day, we took each other’s hands and I said, “I know we don’t see eye to eye on some things, but I want you to know how deeply I admire what you’ve done to help women who have been abused.”

She replied, “I appreciate that so much. Makes me a little weepy.”

The #MeToo movement and the pro-abortion movement had merged, and little wonder. Women are the first victims of abortion, an outcome too often forced on them by predatory men who have sought pleasure without any concern for the consequences.

The Kavanaugh nomination had become a proxy for all that pain; to some, defeating Kavanaugh was to defeat every man that had hurt them or their friends, or might one day hurt their daughters.

I hope that one day they will see that it is abortion itself that opened wide the door for the use and abuse of women without constraint by predators who care nothing for their well-being.

The founders of the feminist movement knew this—that’s why they so vigorously opposed and denounced abortion. I believe that a refounding of that movement in a post-Roe world will embrace this truth again.

I admired President Trump’s willingness to stand by his nominee despite the media and political frenzy and the handwringing of some weak-kneed members of his party in the Senate (looking at you, former Sen. Jeff Flake).

But still I worried a little, after the bruising battle to confirm Justice Kavanaugh, that the president might become warier about engaging in the pro-life battle. Instead, it has emboldened him.