Why We Don’t Want to Import Weak Intellectual Property Systems 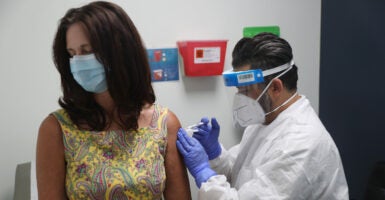 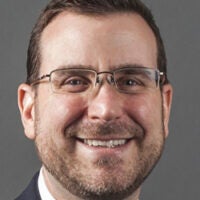 Adam Mossoff is a visiting fellow in intellectual property in the Edwin Meese III Center for Legal and Judicial Studies at The Heritage Foundation. A professor of law at the Antonin Scalia Law School of George Mason University, he also is a senior fellow at the Hudson Institute.

Much ink has been spilled describing the ill effects on innovation from proposed legislation that would import foreign price controls on patented medical treatments.

Legislation pending in Congress, supported by House Speaker Nancy Pelosi, would mandate creating an International Pricing Index to set the prices paid by the U.S. government for patented drugs and other medical treatments.

Since the International Pricing Index merely would reflect government-mandated prices in nationalized health care systems in the other 32 developed countries, the legislation (HR 3) effectively would import these price controls into the U.S. health care market.

Unfortunately, President Donald Trump has now signed an executive order mandating adoption of the International Pricing Index, although his term for it is “Most Favored Nation.”

The “Most Favored Nation” concept is essentially the same as the International Pricing Index, and so the two names are a distinction without a difference. Trump’s executive order is expected to go into effect Aug. 24.

The negative effects of price controls and other regulatory barriers on the quality and availability of products and services are well known.

A prime example is housing markets in cities with rent controls and heavy-handed zoning restrictions, such as San Francisco and New York City. The loss of common conveniences such as food, clean water, and basic medical care in socialist Venezuela is another stark reminder of the devastating effects of statist policies such as price controls.

The negative impact of price controls in the U.S. biopharmaceutical sector also would be devastating.

Each drug approved by the Food and Drug Administration represents on average $2.6 billion in expenditures and 10 to 12 years of intensive labor by scientists and researchers.

The effect of price controls would demolish the ability of the pharmaceutical sector to continue to invest $129 billion annually in the new drugs, vaccines, and other miracle cures that have turned death sentences into manageable conditions—from cancer to diabetes to hepatitis.

Yet much less has been written about how the International Pricing Index would affect U.S. patent rights.

The U.S. has led the world in medical innovation because of its “gold standard” patent system, which long has secured the fruits of inventive labors with reliable and effective patent rights.

As a result, U.S. scientists and researchers invent two-thirds of all new drugs, while the U.S. represents only about 5% of the world’s population and only about 25% of its total economic output.

This is common sense, as well as sound economic policy. A farmer, for example, wouldn’t invest a year of labor in planting, husbanding, and harvesting her crops if she wasn’t certain in the knowledge that the fruits of her labors would be secured to her—that is, that she can sell her crops at the market price that reflects her investment of expenses and labor.

In the 19th century, Cyrus McCormick assisted farmers even more with his famous labor-saving invention, his patented mechanized reaper. Property rights in farms and in inventions such as McCormick’s reaper have contributed to the billions of people who now live and flourish around the world today.

That’s why the Founding Fathers recognized the central importance of patents (and copyrights) by authorizing Congress in the Constitution to secure patents under federal law.

The power to secure patents is on par with creating federal courts, maintaining an Army and Navy, and enforcing the law of nations on the high seas.

James Madison explained in The Federalist No. 43 that, in the case of patents, “The public good fully coincides … with the claims of individuals.”

Or, as Supreme Court Justice Levi Woodbury explained in a patent decision in 1845: “We protect intellectual property, the labors of the mind, productions and interests as much a man’s own, and as much the fruit of his honest industry, as the wheat he cultivates, or the flocks he rears.”

That’s what makes the International Pricing Index mandate so insidious. It would not just import foreign price controls set by governments in their nationalized health care systems. It imports the negative effects of weaker intellectual property systems in those foreign countries as well.

Numerous examples exist of different types of intellectual property that have less reliable and effective protections in other countries. But for the sake of simplicity, we’ll focus here on patent rights, given that this is the principal intellectual property right affected by the International Pricing Index.

One prominent example of weaker foreign patent systems is that many governments mandate in their patent systems that the state may use and sell a patent without permission from the patent owner.

That depresses the market value of patents in those countries even before a foreign government uses other laws and regulations to set prices, such as in its national health care system. Since everyone knows their government can snatch a patent if officials don’t like a price reached via private negotiations, this legal and economic fact necessarily must depress the value of patents as an asset class in the marketplace.

Another example is that foreign countries have different “grace periods” that apply to public disclosures of inventions by patent applicants.

That’s an admittedly technical feature of patent law, but it’s a key part of what has made the U.S. successful with its patent system. In brief, an inventor has a “grace period” of one year to sell or license an invention to confirm its market success before applying for a patent.

This public, commercial activity does not count against the inventor in applying for a patent, which will only be granted for a new invention—one that was previously unknown to other people in the world.

The U.S. grace period has been essential in more quickly and efficiently growing the innovation economy with new inventions.

Other countries, however, have no grace period at all or much more limited grace periods (less than six months). That negatively affects the value of the patents in those countries. Those patents are more easily invalidated with any evidence of commercial activities before the date of the patent application—evidence that would be harmless to the patent owner in the U.S.

In sum, foreign patents without grace periods are less reliable and effective as property rights. Thus, the price anyone is willing to pay for those patented inventions is much lower for the same reason you pay less for lower-quality and less reliable TVs, coffee machines, or used cars.

Trump has been a champion of protecting U.S. innovators from the theft of their inventions by foreign countries, such as China. However, his executive order takes the U.S. in the wrong direction. It would import not just foreign price controls, but also weaker foreign patent systems.

Trump’s executive order mandating the International Pricing Index imposes these depredations on innovators under U.S. law. The index weakens U.S. patents and their gold-standard protections, which have spurred growth in the U.S. innovation economy and contributed to a flourishing society.

The U.S. should protect its patent system and the benefits it has produced for everyone the world over. Now more than ever, in the midst of a worldwide pandemic, the U.S. should not strangle the goose that has been laying its golden eggs of medical innovation.