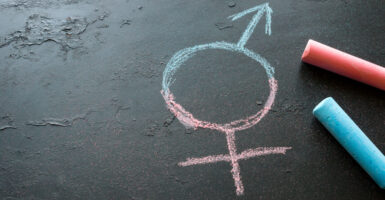 Twenty-two states and the District of Columbia last week sued the Trump administration in federal court over the president’s rollback of transgender health care.

That Wisconsin’s attorney general would participate in this lawsuit is surprising, given the controversy that already exists in the state capital of Madison over one school’s district’s transgender policy. That policy is so anti-parent, it prompted a multiparent lawsuit itself.

In Doe v. Madison Metropolitan School District, 14 parents in Madison partnered with a local law firm and attorneys at Alliance Defending Freedom to fight for parental rights that have been eroded by the transgender ideology seeping into every avenue of life, from health care to education.

A couple of years ago, the Madison Metropolitan School District adopted a policy that didn’t just promote transgender ideology in the schools, but created a system allowing teachers to hide information students shared about gender dysphoria, or their desire to “be” transgender, from the child’s own parents.

The policy provides a method for teachers to deceive parents about their child’s so-called gender identity.

Bear in mind, this school district is the largest one in Wisconsin: Over 25,000 students attend 52 schools. This policy could affect a lot of kids and parents, although the percentage of kids who suffer from gender dysphoria is still relatively small.

Teachers are required to fill out a “Gender Support Plan” form for any child who asks to be treated in school as transgender. The form asks questions that range from restroom use to whether the child’s family will be included in this revelation.

Even though parents have rights under the Family Educational Rights and Privacy Act to review any school records about their children, they would be unable to see this life-altering Gender Support Plan.

It took some creative finagling for the school district to figure out how to get around that federal law. Under the law, it turned out, an individual teacher’s “personal” notes about a student are exempt from the parents’ right of access.

A section of the Gender Support Plan tells teachers to file the plan in the teacher’s personal confidential file, not in student records, so it remains exempt from federal law and hidden from parents.

The policy also says: “School staff shall not disclose any information that may reveal a student’s gender identity to others, including parents or guardians and other school staff unless legally required to do so.”

In the Madison school district, a child could go to school as a girl named “Lindsay,” but spend the day as a boy named “Liam.” The child could go to the restroom alongside boys, change in the locker room with boys, and be known by friends and teachers as “Liam.” But Lindsay’s parents, who gave birth to and are raising a girl named Lindsay, would have no idea.

Add the legal portion of this onto the fact that this particular school district has bought into the transgender ideology, specifically the myth that kids under 18 should transition with hormones or surgery, and you have yourself a full-blown scandal

Thankfully, 14 individual parents from eight families filed a lawsuit challenging this unethical policy.  The complaint describes the unethical and unconstitutional nature of the policy as it relates to parental rights, saying:

Parents’ rights cases have established that parents have the primary role in directing the upbringing of their children, especially in significant decisions (like health care), and that the government may not supplant parents simply because a parent’s decision is not agreeable to the child.

The parents’ rights issue at stake here is incredibly concerning. If you don’t think so, ask yourself if you could see a school district hiding personal information from you about your child related to any other issue a child might encounter at school.

Whether a minor or major injury sustained on a school playground, homework assigned but not turned in, even scuffles with other kids or complaints about lack of parental guidance at home: All of these would go straight to the school administration and be addressed with a parent immediately.

I’ve had a school nurse call and let me know my child scraped her knee on a playground even though she is fine. It’s a courtesy update to let me know what to expect when my child returns home.

Yet when it comes to transgenderism, it now has become like a precious jewel: beloved, rare, sacrosanct, and protected. Helping kids embrace or manifest a transgender-friendly persona through hormones, surgery, or changes in name and personal pronouns is the new abortion. It is too progressive to be held back, so important it must be protected, but not quite enough to be addressed with parents.

The fact that the entire Madison school district apparently has jumped aboard the transgender train, allowing kids to change their names and pronouns instead of offering them therapy for suspected gender dysphoria, is disappointing too.

Undoubtedly school administrators would act differently if a child came to them showing signs of anorexia, PTSD, abuse, or other major problems that would require therapy. Yet here, therapy isn’t even a blip on the screen.

Nothing other than steps toward social, hormonal, or medical transitions will do. The damage to children is untold.

Here’s what the parents’ complaint says about gender dysphoria, which couldn’t be more spot on:

Whether a child with gender dysphoria should socially transition to a different gender identity is a highly controversial and consequential decision, and is therefore the type of decision that falls squarely within parental decision-making authority. In fact, many mental health and psychiatric professionals believe that children with gender dysphoria should not immediately transition and that transitioning may actually do significant harm.

Plaintiffs seek an injunction to prevent the District from facilitating potentially life-altering changes to their children’s identities without Plaintiffs’ involvement while this lawsuit is pending. And an injunction will not harm the District or children in any way; it will simply require the District to do what has long been the constitutionally-protected rule for decisions of this magnitude—defer to parents.

It will be interesting to see how the 22 states that filed lawsuits over transgender health care fare against the Trump administration in federal court.

But it’s clear to me there are much larger legal problems in Wisconsin, particularly percolating within the Madison Metropolitan School District, than to spend time raging against President Donald Trump.

At least 14 parents believe the school district is actively working against them, exploiting a loophole in federal law to help their children embrace an ideology that ultimately could hurt them.

This is harmful and unacceptable. As schools determine what to do in this pandemic year, this issue couldn’t be more pressing.