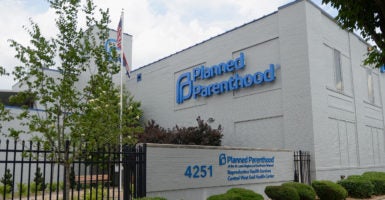 After officials insisted on raising the bar for women’s health and safety at the St. Louis facility, Planned Parenthood decided to bypass Missouri entirely. Pictured: The exterior of a Planned Parenthood Reproductive Health Services Center is seen on May 28, 2019, in St. Louis, Missouri. (Photo: Michael B. Thomas/Getty Images) 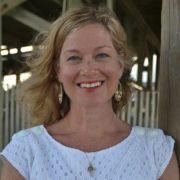 Protecting the health of women should be apolitical. Unfortunately, the nation’s largest abortion business is more interested in pursuing its own agenda than in protecting patients.

The commissioner hearing the case should have upheld the closure of Planned Parenthood’s St. Louis facility and applied the law evenly and fairly, despite the political pressure not to.

This obstruction prevented the state from interviewing doctors about multiple failed abortions that endangered women. It begs the question, what was Planned Parenthood hiding?

The law says that the state and the people of Missouri have a right to know. Therefore, the commissioner should have upheld the state’s decision and not allowed Planned Parenthood to violate the law.

The state’s legally mandated inspection found numerous medical and safety issues that Planned Parenthood refused to address, even when given the opportunity.

The clinic did not comply with a state law requiring an obstetric examination 72 hours before any abortion to ensure that having an abortion would be safe for the woman. In multiple cases, the clinic failed to provide Missouri officials with adequate documentation about failed abortions, and at least once mislabeled a failed abortion.

Planned Parenthood administrators also failed to turn over required documentation showing they were in compliance with Missouri’s informed consent law.

The Missouri health department’s report concludes by saying, “[The clinic] fails to identify any corrective measures it will implement or identify any systemic changes it will make to ensure that the deficiencies will not recur—because [the clinic] maintains there were no such deficiencies.”

An unwillingness to accept any responsibility guided Planned Parenthood’s actions throughout the review process.

Even before the inspection was completed, Planned Parenthood preemptively sued the state of Missouri. The timing of the suit indicates Planned Parenthood would rather manufacture a national news story than try to work with Missouri’s health officials to protect women.

State officials, including Gov. Mike Parson, emphasized that closing the Planned Parenthood facility is warranted because of these numerous health and safety concerns, all of which were adjudicated by the proper state agencies through normal administrative processes.

Planned Parenthood’s response was to turn its own failure to comply with reasonable health and safety regulations into a political fight about abortion access. Grandstanding by Planned Parenthood officials is, sadly, an attempt to shift the blame for its medical failures to political opponents who support life.

The St. Louis Planned Parenthood facility has, in the past, shipped the remains of aborted babies to Indiana in potential violation of state laws.

Another Planned Parenthood facility in Columbia, Missouri, was closed because government inspectors found mold inside medical equipment, rust on suction machines, and what appeared to be human body fluids on a hose.

This pattern of misconduct shows a disregard for the safety of patients and should lead to extra scrutiny, not the lifting of restrictions for Planned Parenthood.

After officials insisted on raising the bar for women’s health and safety at the St. Louis facility, Planned Parenthood decided to bypass Missouri entirely. Planned Parenthood secretly built a new facility across the river in Illinois, where business is now thriving.

It is strange that a group claiming to value transparency built a secret facility to get women from Missouri to travel to Illinois to obtain an abortion. I guess it is easier to build a new building than to follow the law and safeguard the well-being of patients.

Protecting the health of women shouldn’t be a political issue. Unfortunately, in Missouri, Planned Parenthood is politicizing its refusal to comply with state laws.

This fight has nothing to do with abortion access. Instead, it is about providing a safe environment for women. Planned Parenthood should have to follow the law along with everyone else.

Jeanne Mancini is president of March for Life.