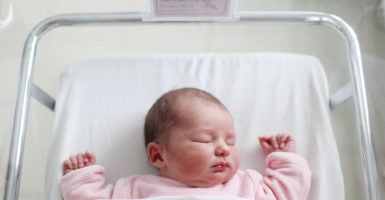 California's abortion mandate is so radical and far-reaching that millions of people—among them, nuns and pastors and pro-life advocates—have no choice but to include abortion in their health insurance plans. (Photo: Getty Images) 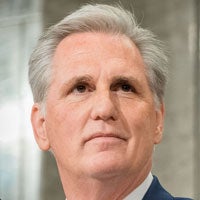 Kevin McCarthy of California is the Republican leader of the U.S. House of Representatives.

Imagine being exposed to bigotry simply because of your deeply held morals.

Now imagine that the discrimination you’re experiencing is coming from your own state’s government. Sadly, that’s a reality for countless Californians who are being forced by the state to support abortion—regardless of their beliefs—by mandated abortion coverage in health insurance plans.

On Aug. 22, 2014, the California Department for Managed Health Care issued a directive mandating that all health plans under the agency’s jurisdiction immediately include coverage for abortions.

In addition to grossly devaluing human life, this abortion mandate is so radical and far-reaching that millions of people—among them, nuns and pastors and pro-life advocates—have no choice but to include abortion in their health insurance plans.

That is a textbook case of discrimination at the hands of the state, and Californians are the ones suffering.

Tragically, under the Obama administration, the Department of Health and Human Services routinely neglected to enforce the Weldon Amendment. Since the mandate went into effect in 2014, I have repeatedly demanded answers from HHS on how they reconciled California’s mandate with the Weldon Amendment—a question they either could not or would not answer.

Fortunately, under President Donald Trump, the government is once again respecting religious liberty. Shortly into his presidency, the Conscience and Religious Liberty Division within the HHS Office for Civil Rights was opened, forming a specialized team of government officials who would help safeguard our civil rights.

That signaled an end to the callous indifference of state discrimination enabled by the Obama administration.

You see, this isn’t just about one’s personal beliefs on abortion. Though I am proudly pro-life, California’s mandate stretches way beyond that. This is about protecting faith-based people from government discrimination and overreach. And this logic by the California state government puts our very democracy at risk.

On Jan. 24, HHS sent the state of California a notice stating that it cannot impose universal abortion coverage mandates on health insurance plans, and that it had also been violating federal law.

California was given 30 days to comply with the Weldon Agreement before jeopardizing a stream of critical federal HHS funds. It chose not to.

California’s leadership decided that it would continue to disregard the rights of pro-life Americans. And though this announcement is not surprising, it is nonetheless disappointing. No one should be compelled by state authorities to include abortion in their health insurance plan.

The state’s actions are cold and cruel.

I urge California Gov. Gavin Newsom to comply with the Trump administration’s notice and stop forcing pro-life Americans to choose between personal beliefs and health care.

Even if California’s leadership won’t acknowledge our country’s most vulnerable population, it is well past time they respect the rights of California residents who choose to do so.