For Kobe Bryant, Entrepreneurship Was a Real Team Sport 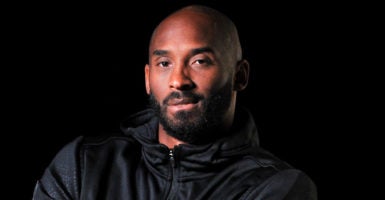 In a recent episode of “SportsCenter,” discussing the life and legacy of Kobe Bryant, sportscaster Stephen A. Smith related a story about Bryant’s post-NBA career aspirations.

This signaled his intention to transition himself from product—i.e., world-renowned championship basketball talent—to producer. Bryant understood that, in doing so, he was entering an entirely new arena, and a game just as competitive and nuanced as the sport of professional basketball.

For many athletes, this is not a transition they successfully make. For some athletes, their God-given talents enabled them to reach the pinnacle of sports success and inhabit the rarified air of celebrity society.

Celebrity, and having the opportunity to socialize with people at the top of their games as entrepreneurs, actors, and television and movie producers, can be an intoxicating drug for an athlete. They may falsely believe that just because Mark Zuckerberg is in their Rolodex, they, too, have the tools to become a top entrepreneur.

The annals of sports lore are littered with cautionary tales of athletes making tens of millions of dollars, only to blow it all on failed business investments or to be swindled by con artists posing as advisers.

Bryant, undoubtedly, was the exception to the rule. Even as a player with amazing talent, he stood out as one of the most intelligent NBA players to enter the game. Bryant was a meticulous student of basketball—whether it was his understanding of defenses (he would pay his own scouts to report on the opposing teams’ defensive schemes), or his approach to physical preparation and mental focus.

So when he decided to transition from playing in front of the camera to standing behind the camera as a content producer, he approached the transition with just as much attention to detail.

The difference between the sports of basketball and entrepreneurship, Bryant later would explain, is that in entrepreneurship, there is no competitor “directly in front of you.” But the challenge is to be constantly creative in a way that impacts the market you are trying to dominate.

Of course, there are similarities between the two sports. Bryant said: “You’ve got the same focus, the same attention to detail, but even more so. When you play [basketball] you’ve got to take time off, in order to avoid injury. In business and creativity, there is no off-switch. Your brain is constantly working.”

“When I had the idea of first starting a studio, the first person I called was Oprah Winfrey,” he recalled. Winfrey naturally obliged and sat down with Bryant to discuss both her successful decisions and her early mistakes as an entrepreneur.

Even though he was starting a venture that seemed somewhat out of his wheelhouse, he remained tightly focused on areas of expertise. Granity was to produce content related to youth sports and helping young athletes to grow into their own potential—and that was something that Bryant knew a lot about as a player and as a mentor to younger athletes (including his children).

Bryant also used a core principle from his playing career when it came to the venture fund he co-founded with Jeff Stibel, an MIT-trained businessman and entrepreneur.

While on the court, Bryant always recruited teammates who could complement his skills, and who were as maniacal as he about putting work into training and practice. In Stibel, he found such a partner in business. They went on to found Bryant Stibel & Co., a $2 billion venture company.

How did they combine their strengths? Obviously, Bryant was able to leverage his celebrity and relationships with top media companies and Hollywood to gain early access to investment opportunities.

He was no silent partner in the venture, as he explained: “My biggest strength is in storytelling for brands.”

Stibel added: “Kobe’s sport was basketball; my sport is business. We’re leveraging our partners in areas where they’re better than anyone. Being able to take what they do best—the hard work, the dedication, the ability to create winning teams—and morph that into lessons that entrepreneurs learn is invaluable.”

In making a successful transition from basketball to business, Bryant relied on traits that made him so successful on the court: hard work, attention to detail, and surrounding himself with committed teammates.

Ultimately, Bryant became a successful entrepreneur by hewing closely to Warren Buffett’s famous advice: “You don’t have to be an expert on every company, or even many. You only have to be able to evaluate [investments] within your circle of competence. The size of that circle is not very important; knowing its boundaries, however, is vital.”