Remembering the Holocaust Amid Rising Anti-Semitism 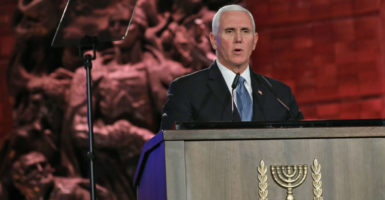 At a solemn event held at Yad Vashem on Thursday, leaders remembered the Holocaust, paid tribute to survivors, and pledged to combat rising anti-Semitism. In his address, Vice President Mike Pence exhorted those gathered to “confront and expose the vile tide of anti-Semitism that is fueling hate and violence all across the world.” (Photo: Abir Sultan/Pool/AFP/Getty Images) 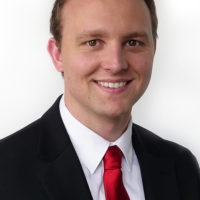 Today, on International Holocaust Remembrance Day, the world remembers the 6 million European Jews murdered by the Nazis during World War II and renews its commitment to ensure the tragedies of the Holocaust are never repeated.

Sadly, on this 75th anniversary of the liberation of the Auschwitz-Birkenau concentration camp, we cannot ignore the resurgent anti-Semitism in regions of Europe and North America.

A 2018 CNN survey revealed troubling trends relating to the public’s perception of Jews and the state of Holocaust education in Europe. The survey found one in 20 Europeans were unaware of the Holocaust and one in three said Jews were too influential in politics.

It should concern educators that Europeans are graduating from their schools with no knowledge of the genocide that occurred on their continent less than a century ago. Europe’s short-term memory enables many Europeans to fall into the trap of believing old, prejudicial lies about the Jewish people.

This has real consequences for Jews. Two violent anti-Semitic assaults took place in Berlin earlier this year, and a survey released this month by the American Jewish Committee found that 70% of French Jews say they have been victims of at least one anti-Semitic incident.

But anti-Semitism is not a solely European problem. In December, attacks against the Jewish community surged in New York and New Jersey. A fatal shooting at a kosher deli in Jersey City, a stabbing in the home of a rabbi during Hanukkah, and multiple attacks against Orthodox Jews in Brooklyn are just a few examples of resurgent anti-Semitism in America.

In response to these alarming trends, governments must protect their Jewish citizens, especially in their places of worship, and quickly bring to justice perpetrators of anti-Semitic attacks.

European countries that witnessed the Holocaust bear specific responsibility in this regard. The French judicial system has been notorious for its failure to bring those who committed crimes against Jews to justice. One French court released the murderer of a Jewish kindergarten teacher over claims he smoked marijuana before strangling her in her apartment and throwing her body over a balcony. This heinous example should be the last of its kind.

In addition to extra security precautions at places of worship, anti-Semitism must be fought in the classroom. Educators around the world must ensure that history curriculums accurately portray the Holocaust and explain how Nazi leadership spread disinformation and propaganda campaigns to stoke prejudice against the Jews in the years leading up to World War II.

At Yad Vashem, the World Holocaust Remembrance Center in Jerusalem, visitors pass under a stone archway where the words of Ezekiel 37:14a are engraved. The passage says, “I will put my breath into you, and you shall live again, and I will set you upon your own soil.”

For many Jews, this passage of Scripture was fulfilled in 1948 when survivors of the Holocaust returned to their ancestral homeland and founded the modern state of Israel. Seventy-two years later, Israel is a thriving democracy and stalwart ally of the United States. America’s overwhelmingly bipartisan support for Israel’s right to exist has long sent a strong message to the rest of the world that the United States opposes anti-Semitism and is committed to religious freedom for all people. President Donald Trump’s decision in 2018 to move the American Embassy to Jerusalem was just the latest public gesture of America’s commitment to Israel.

Support for Israel’s right to exist as a Jewish state is an important aspect of combatting anti-Semitism, but the task of eradicating anti-Jewish prejudice is far from over, as evidenced by the recent rise in anti-Semitism in other parts of the world. Publicly opposing the Boycott, Divestment, and Sanctions movement, condemning anti-Semitism whenever it surfaces, and standing with Israel are just a few ways to stand with the Jewish people.

At a solemn event held at Yad Vashem on Thursday, leaders remembered the Holocaust, paid tribute to survivors, and pledged to combat rising anti-Semitism. In his address, Pence exhorted those gathered to “confront and expose the vile tide of anti-Semitism that is fueling hate and violence all across the world.”

As the world observes International Holocaust Remembrance Day today, the vice president’s remarks are timely and remind us that, as we reflect on history and the recent rise of anti-Semitism, political leaders, advocates, and citizens everywhere still have much work to do to ensure that saying “never again” to the Holocaust truly means “never again.”