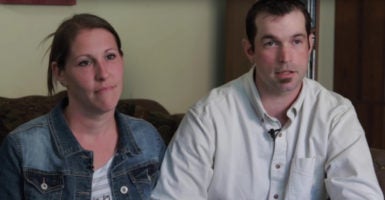 Oregon bakers Aaron and Melissa Klein were fined $135,000 by the state of Oregon for declining to bake a cake for a same-sex wedding and citing a Bible verse. (Photo: Daily Signal/Patchbay Media) 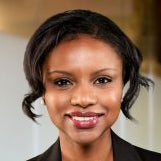 Keisha Russell is counsel to First Liberty Institute, a non-profit law firm dedicated to defending religious freedom for all.

Did Oregon officials violate their duty to remain neutral on matters of religion when they ordered Christian bakers Aaron and Melissa Klein to pay $135,000 for declining to create a custom same-sex wedding cake, a move that crushed the small, family-owned business?

That’s the question that the Oregon Court of Appeals will answer after having heard oral argument last week in the case of Melissa Klein v. Bureau of Labor and Industries.

Oregon courts are taking up the case once again, after being ordered to do so by the U.S. Supreme Court.

In June 2019, the Supreme Court threw out the original Oregon decision that upheld the crushing fine with orders to revisit the case in light of the Supreme Court’s earlier decision in Masterpiece Cakeshop v. Colorado Civil Rights Commission.

That decision held that government officials should not be in the business of deciding whose faith is or is not acceptable. Instead, they must remain neutral on matters of religion.

In court last week, the Kleins’ attorneys argued that the Oregon Bureau of Labor and Industries, led by then-Commissioner Brad Avakian, acted with unconstitutional hostility toward religion in its handling of the case. The Kleins are represented by attorneys from Boyden Gray & Associates and from First Liberty Institute.

They argued that the Oregon bureau demonstrated anti-religious hostility in several ways, including awarding “emotional damages” based upon the quotation of a Bible verse, awarding an amount of damages that exceeds cases involving physical violence or sexual harassment, and making public statements demonstrating that the commissioner prejudged the case before hearing the evidence.

The Bureau of Labor and Industries based its exceptionally large damage award on Aaron Klein’s quotation of the Bible. When a woman inquired about ordering a custom cake for her same-sex wedding, Klein informed her that he was sorry, but he would have to decline because of the family’s religious beliefs.

After she left the bakery, her mother returned to have a conversation with Klein about the morality of same-sex marriage. That’s when he quoted a Bible verse in support of his religious beliefs.

The woman then took offense to her mother’s recounting of the story, which also happened to misquote Klein.

In short, the Oregon bureau concluded that $135,000 was appropriate to compensate the complainants for their reaction to hearing that the Kleins quoted a Bible verse and would not create a custom cake for their wedding due to their religious beliefs.

The Bureau of Labor and Industries justified the crushing amount of the damage award with reference to some of its earlier cases. However, in three of those cases, the victim was actually awarded less money for being subjected to physical violence, such as being beaten by a baseball bat, or having to endure sexual harassment at work that lasted for months.

A Bible quote and the denial of a custom cake should not justify a greater “emotional damage” award than what happened in those cases.

Finally, the Kleins’ attorneys argued that the bureau’s commissioner, who was supposed to be acting as a neutral judge in the case, made public statements indicating that he prejudged the case before hearing any of the evidence.

For instance, he made statements to a reporter doing a story about the Kleins’ case, including an assertion, “Everybody’s entitled to their own beliefs, but that doesn’t mean that folks have the right to discriminate.”

Avakian’s statements, made before the case officially came before him, imply that he equated the Kleins’ religious beliefs with discrimination. Yet, as the Supreme Court clearly stated, people like the Kleins are “entitled to the neutral and respectful consideration of [their] claims in all the circumstances of the case.”

The Kleins welcomed everyone into their bakery, but could not endorse messages that conflicted with their religious beliefs. Nevertheless, Oregon officials forced them into the difficult choice between their faith and their livelihood.

This case will decide whether government officials in Oregon have the legal authority to effectively force faithful business owners to close shop if they decline to participate in a same-sex wedding or other events that conflict with their beliefs.

Masterpiece Cakeshop concluded that government officials must remain neutral on issues of religion and cannot act with hostility toward religious believers.

Americans will be watching to see whether the Oregon Court of Appeals follows the Supreme Court’s instructions or if violating one’s own conscience is now the cost of doing business.