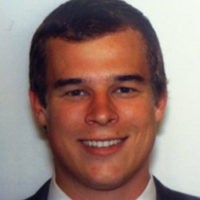 Mike Howell is a senior advisor for executive branch relations at The Heritage Foundation.

For those seeking to understand how the left has weaponized American institutions in its quest for power, “Power Grab” by former Rep. Jason Chaffetz is required reading.

The former congressman from Utah and onetime chairman of the House Oversight and Government Reform Committee pulls back the curtain on the money-laundering schemes of the left’s gigantic nonprofits, its use of congressional oversight, and its desire to change voting systems to perpetuate power.

In one example, Chaffetz’s book takes a sledgehammer to the notion that the Southern Poverty Law Center—the group that inspired a gunman who attacked the Family Research Council in 2012—is the least bit concerned with fighting poverty.

Putting back on the investigative hat he wore while he was in Congress, Chaffetz digs through the financial records of the Southern Poverty Law Center and other massive tax-exempt organizations on the left and their legally questionable tactics of funneling money to consultants and canvassers for political ends.

“Power Grab”—whose subtitle is “The Liberal Scheme to Undermine Trump, the GOP, and Our Republic”—also documents the mechanics of manufactured outrage.

Chaffetz demonstrates how the left’s tactics du jour are anything but organic, from the coordinated and preplanned playbook to smear Supreme Court nominee Brett Kavanaugh during the confirmation process to large outside groups plotting to disrupt and incite confrontation at local town hall meetings.

The former lawmaker also takes on the current state of affairs in Congress, to which he was elected five times starting in 2008.

The process of hearings, document requests, and investigations by which the legislative branch obtains information from the executive is based on the implicit constitutional ability to get the facts and figures necessary to inform legislation. But he says it has morphed into an extension of political opposition research campaigns predicated on the politics of personal destruction.

The House Oversight and Government Reform Committee, under Chaffetz’s leadership as chairman, refrained from personal attacks on then-President Barack Obama and his family. But now, he says, under Democratic control, the committee views proximity and personal relations to President Donald Trump as its primary focus.

Chaffetz points out how the left, to further that end, has changed the rules and practices of the committee to preempt bipartisan inquiries and to facilitate its voluminous demands.

But, as “Power Grab” points out, the left is not satisfied with the current tools at its disposal and seeks more change to capture complete control, specifically by fundamentally changing the rules for elections.

Chaffetz examines the intent and likely effects of H.R. 1, the first piece of legislation introduced by Democrats in the 116th Congress.

He says H.R. 1 would usher in a federal takeover of local elections and, by having the federal government multiply individual donations by a factor of six, give a tremendous advantage to big leftist donors, who use services such as Act Blue. The latter is an online platform for disbursing funds that split up big donations across campaigns, nonprofits, and causes throughout the country.

In sum, “Power Grab” gives us a glimpse into what exactly is going on beneath the hood of power politics. For all its focus on the problems, the book also outlines a corrective vision that centers on constitutional governance, transparency, and the rule of law.

As Chaffetz told an audience Sept. 10 at The Heritage Foundation, “This is the greatest country on the face of the planet. Somehow, some way, the American people will figure these things out.”

“Power Grab” is well worth the read.