Planned Parenthood Sides With Abortion Over Title X Funds. Here’s What It Means. 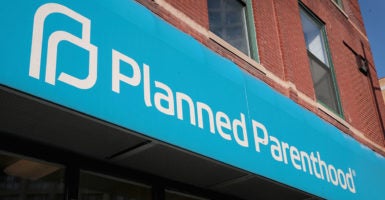 Planned Parenthood is making good on its threat to choose abortion over Title X funds.

Title X is a federal program that focuses on providing family planning and related preventive services to low-income Americans at little or no cost.

Last week, Planned Parenthood announced that rather than comply with the Trump administration’s new regulations relating to Title X’s federal family planning program, the abortion giant would stop participating in the program altogether unless the 9th Circuit Court of Appeals stepped in to block the regulations.

The court did no such thing, and now Planned Parenthood will no longer participate in the program.

So, what’s the turn-off for Planned Parenthood?

This spring, the Trump administration finalized a rule that updated the regulations that govern Title X. The text of the statute specifies that “[n]one of the funds appropriated under this title shall be used in programs where abortion is a method of family planning.”

Specifically, the Trump administration’s rule removes a requirement that Title X projects must refer for abortion and instead explicitly prohibits abortion referrals.

The rule permits nondirective pregnancy counseling, which can include nondirective counseling on abortion. But unlike earlier regulations, such counseling is permitted rather than required. These changes will allow additional organizations who object to abortion to still apply for Title X grants.

The rule also establishes that program participants must maintain both financial and physical separation between Title X activities and non-Title X activities. In other words, organizations like Planned Parenthood can’t conduct Title X activity in one room while performing non-Title X-related abortions in another room down the hall.

A similar rule was enacted by President Ronald Reagan in 1988 and was upheld by the Supreme Court in 1991.

From the moment the regulations were initially proposed, Planned Parenthood and its pro-abortion allies have emphatically opposed the provisions to enforce the statutory requirement to separate abortion from family planning services, and challenged the regulations in court.

To be clear, Title X grant recipients—including Planned Parenthood—do not have a right to federal funding and are welcome to decline to participate in Title X if they are unwilling to comply with the program’s regulations.

Planned Parenthood has determined that its commitment to abortion outweighs its desire to participate in the program. That’s a call it can afford to make: The abortion giant reported $245 million in excess revenue and more than $630 million in private contributions in its most recent annual report.