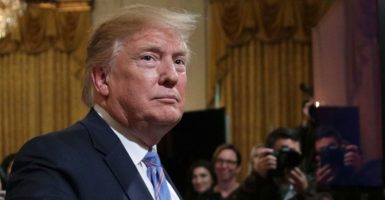 The House has been attempting to determine whether to recommend articles of impeachment against Trump. Former special counsel Robert Mueller launched an 18-month investigation into alleged misconduct by the president. His investigation found that Russia had interfered with the 2016 presidential election, although there was not sufficient evidence that Trump himself had colluded with the country.

Nadler told CNN’s Erin Burnett Thursday that he “wasn’t waiting” for House Speaker Nancy Pelosi, who has not publicly supported impeachment. Pelosi has been cooperating with the committee, he added.

Nadler insisted that his investigation should be considered “formal impeachment proceedings” and said that he hoped a decision would be reached on impeachment by the end of the year.

“This is formal impeachment proceedings,” Nadler said. “We are investigating all the evidence, we’re gathering the evidence and we will at the conclusion of this, hopefully by the end of the year, vote to, vote articles of impeachment to the House floor or we won’t. That’s a decision that we’ll have to make. But that—that’s exactly the process we’re in right now.”

Nadler’s announcement comes one day after House Democrats filed a lawsuit in federal court aimed at forcing former White House counsel Don McGahn, who is a witness to Trump’s alleged attempts at obstructing Mueller’s investigation, to testify before the House Judiciary panel.

McGahn’s testimony is essential to continuing an impeachment inquiry, according to congressional lawyers.

More than half of the caucus supports an impeachment inquiry, according to CNN. Trump would be just the third president in history to be impeached.