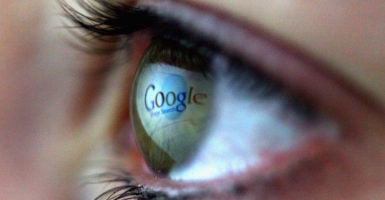 A former Google employee alleges that the tech giant discriminates against pregnant women. The woman made the accusation in a memo obtained by Motherboard.

The unnamed Google employee’s memo is titled “I’m Not Returning to Google After Maternity Leave, and Here is Why.” It has been read by over 10,000 current Google employees after going viral on internal message boards, Motherboard reported Tuesday.

The woman writes in the memo:

The document goes on to describe discriminatory remarks made by the woman’s boss regarding pregnant women, Motherboard reported.

“I documented what my boss was saying and reached out to HR to ask for help in navigating the situation. It was shared that others had reported my manager behaving inappropriately and that feedback had already been given to her,” the author wrote.

She claims she was told that her comments “might be shared directly” with her boss, but she shouldn’t worry “because strong measures are in place at Google to prevent retaliation.” But “almost immediately” after discussing the issue with HR, her manager’s attitude toward her changed “drastically.”

“I endured months of angry chats and emails, vetoed projects, her ignoring me during in-person encounters, and public shaming,” the memo continues.

The woman, who worked as a manager, reportedly was able to switch teams but could not manage that team because she claims she was told her maternity leave might “stress the team” and “rock the boat.” She said she had requested early maternity leave due to potentially life-threatening complications toward the last weeks of her pregnancy.

“During one conversation with my new manager in which I reiterated an early leave and upcoming bedrest … she told me that … her doctor had ordered her to take bedrest, but that she ignored the order and worked up until the day before she delivered her son via cesarean section,” she wrote.

Her manager at Google then reportedly told her that “a management role was no longer guaranteed” after she returned from maternity leave.

Google said in a statement to The Daily Caller News Foundation: “We prohibit retaliation in the workplace and publicly share our very clear policy. To make sure that no complaint raised goes unheard at Google, we give employees multiple channels to report concerns, including anonymously, and investigate all allegations of retaliation.”

Google’s anti-discrimination policy “prohibits discrimination or harassment based on certain characteristics, known as protected statuses. Protected status varies by location, but may include categories like … sex, including pregnancy, childbirth, breastfeeding, or related medical conditions.”

Additionally, Google offers backup child care, internal parent support groups, parent gurus, and peer mentoring from other parents, as well as “Mothers’ Rooms” in all of its offices, according to TechRepublic.com.