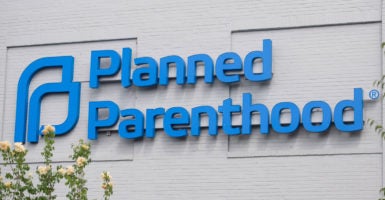 “We’re not political by nature, but we’ve been politicized. And that fight has actually been our focus to ensure that our health centers stay open,” acting Planned Parenthood President Alexis McGill Johnson says of the organization. (Photo: Saul Loeb/AFP/Getty Images)

Pro-life leaders pounced after Planned Parenthood’s acting president said the organization is not “political by nature” in her first interview since taking over the position.

“We are primarily a health care provider,” Alexis McGill Johnson said in the interview with CBS News reporter Kate Smith. “And the idea that we can provide that access depends on our ability to keep our health centers open.”

Johnson replaced Leana Wen, who was fired July 16 as president of the organization.

“We’re not political by nature, but we’ve been politicized,” Johnson said. “And that fight has actually been our focus to ensure that our health centers stay open.”

Live Action founder Lila Rose told The Daily Caller News Foundation that it is “laughable” to hear Johnson say the nation’s largest abortion provider is not political, “when Planned Parenthood fired its last CEO for not being political enough.”

“It is clear that Planned Parenthood will continue its deadly abortion business and its ruthless, pro-abortion political advocacy,” Rose said.

Rose added that Planned Parenthood “is present to lobby against every single abortion regulation and restriction, demanding that sex-selection abortion remain legal, that babies who survive abortion attempts not be provided legal protections, and that abortion on full-term infants is [to] be permitted for any reason.”

Tom McClusky, president of March for Life Action, drew attention to the millions of tax dollars he said Planned Parenthood receives from politicians elected by its “affiliated multimillion-dollar PAC.”

“This is active participation in politics, and to claim otherwise is entirely misleading,” McClusky, also vice president of government affairs for March for Life, told The Daily Caller News Foundation.

“As America’s largest abortion chain, they stand the most to lose when Americans, acting through their elected legislators, pass laws to limit abortion and protect life,” Quigley said.

“They are more a political entity than health care provider,” Johnson told The Daily Caller News Foundation, adding that the organization relies on “an extensive network of politicians, wealthy donors, and community organizers to ensure they are able to keep abortion in the political conscious.”

Johnson, Planned Parenthood’s acting director, also emphasized in the interview that it must stand up against new abortion restrictions for women who need health care access—a sensitive point for an organization that reportedly fired Wen due to her focus on health care over politics.

The National Association for the Repeal of Abortion Laws, the American Civil Liberties Union, and Emily’s List also did not respond to requests for comment on Johnson’s remarks.