Canada’s Ball-Waxing Controversy Is an Omen for America 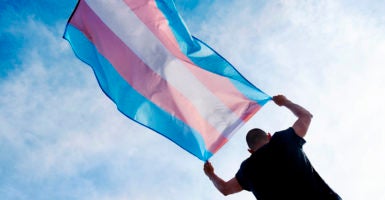 Jessica Yaniv is trying to make an example of female salon owners and their so-called bigotry through a government entity. (Photo: nito100/Getty Images)

In Canada, a transgender woman—that is, a biological male living as a woman and who still possesses male genitalia—asked a woman who operated a salon out of her home to wax his genitalia.

When Marcia da Silva, a Brazilian immigrant, refused, Jonathan Yaniv, who goes by Jessica, harassed her to the point that she closed her business.

He took his complaint to the Canadian Human Rights Tribunal, requesting the Parliament-funded entity inflict punitive damages on da Silva for discrimination. Apparently, Yaniv has also filed similar complaints against 15 other small businesses, all of whom refused to wax his man-parts.

Still, Yaniv is trying to make an example of these female salon owners and their so-called bigotry through a government entity. If he succeeds, this case would set a chilling precedent allowing the government to force businesses to defy biological norms in the name of equality, or face consequences.

This approach—leveraging government power to silence disagreement about sexuality—has already infiltrated America and could well continue if it isn’t called out and stopped.

Regardless of how Yaniv identifies, it is not fair to require women to perform this sensitive procedure. It infringes on their own privacy and safety concerns.

In da Silva’s case, she argued she was not licensed to wax men, and the law should be on her side: She should not be forced to wax male genitalia. She also expressed concern about her children who lived inside the home from which she operated her business. She and her children ought to be able to feel safe in their own home.

If Yaniv wants to be groomed, certainly any salon that caters to men—or at least male genitalia—can accomplish this. No woman should be forced against her will by the government to groom the male body.

Yet in a hearing at the Canadian Human Rights Tribunal, Yaniv argued salon owners such as da Silva should be forced to do business with all clientele—including transgender “women” who are biological males. “You cannot choose who your clientele is going to be,” Yaniv said in the hearing.

The irony, of course, is that Yaniv is asking the Canadian government to enforce one set of beliefs about sex on da Silva. Given the privacy and safety concerns involved, the latter is far worse than the former.

Claims of discrimination in North America are quickly becoming the proverbial “boy who cried wolf.” Discrimination is a real thing, but with so many people who believe themselves to be marginalized or who want to make a salient point about their progressive cause de jour now crying “discrimination,” it’s becoming harder and harder to identify where real discrimination has occurred.

The United States is coming dangerously close to the same experience Canada is now wrestling with.

If the plaintiff succeeds, Phillips would be forced to violate his conscience by creating the cake, or else stop creating certain cakes altogether. That legal precedent could limit the freedom of millions of other Americans.

What’s more, last year, the 6th Circuit Court of Appeals ruled that the word “sex” in Title VII of the Civil Rights Act includes “gender identity,” thus protecting transgender status. The court ruled this way even though the authors of the statute clearly did not have gender identity in mind—the law was passed in 1964.

The Supreme Court is set to hear that case on appeal in October. If it affirms the lower court’s ruling, Americans nationwide will have to defer to transgender status in more situations, treating transgender-identified people as the gender they claim to be.

At the legislative level, Democrats in Washington are working to enshrine transgender identity into law. The Equality Act, which passed the House in May, would prohibit discrimination on the basis of “sexual orientation and gender identity” in a whole host of settings.

If “sexual orientation” and “gender identity” become protected classes in federal anti-discrimination law here in the U.S., we will see more cases like Yaniv’s crop up around the country, as every disagreement about the nature of sex is recast as a matter of “discrimination.”

There is more at stake here than just one salon. This case will set a precedent for how governments ought to think about claims of discrimination on the basis of gender identity.

Hopefully, the Canadian Human Rights Tribunal will take a stand for the safety and privacy of women, and come down on the side of common sense.